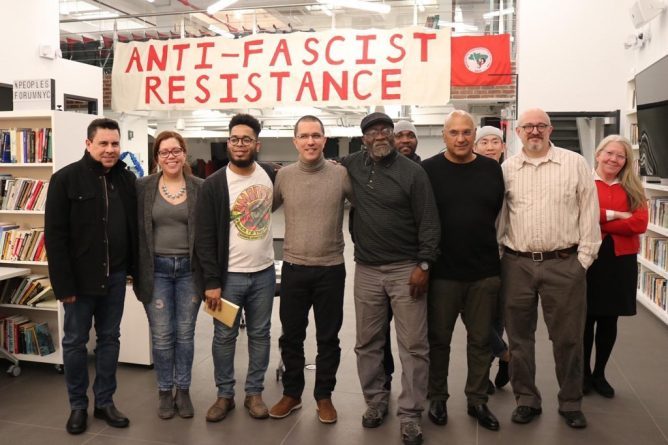 With the purpose of strengthening ties of solidarity with the people and bringing the truth of Venezuela to the world, Chancellor Jorge Arreaza met this Wednesday with intellectuals, representatives of movements Social and members of “The People Forum” in New York.

During the discussion, the Venezuelan diplomat exposed the struggle of the people and Government of Venezuela and the constant attacks of the US and allied countries to break the democracy and sovereignty of the nation.

“Despite the unilateral coercive measures imposed by the US to harm the people of Venezuela and our economy, we remain firm in the struggle for our independence and sovereignty.”

Likewise, Foreign Minister Arreaza condemned the interference and foreign intervention by extremist governments that, in alliance with the Venezuelan opposition, seek to take over the natural resources, undermine the independence and put an end to the achievements of the Bolivarian Revolution.

“The Venezuelan people democratically and with a large majority elected President Nicolás Maduro to govern during the period 2019-2025. No government of another country has the power to interfere in internal affairs or decide the future of Venezuela,” he said.

At the meeting, the members of the New York Forum rejected the interventionist actions of the US government against Venezuela and expressed their support and solidarity before the onslaught that threatens the self-determination of the peoples of the world.