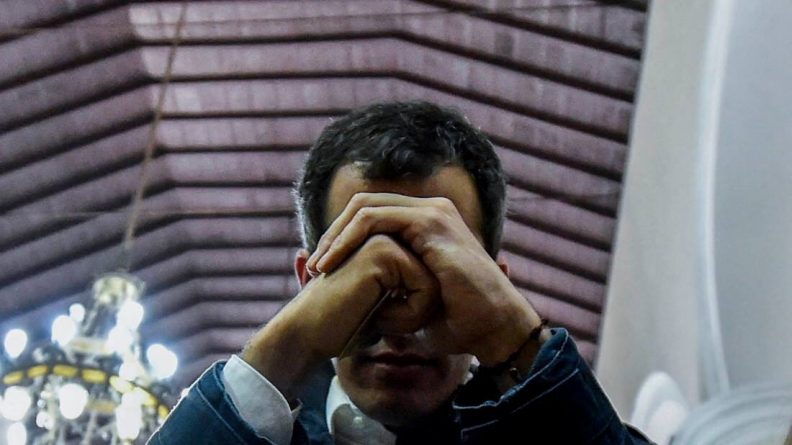 The unfolding “Twitter coup” in Venezuela has set a deeply dangerous precedent, Adam Garrie, a geopolitical analyst and director at Eurasia Future, told Sputnik, stressing that in a “sane world” the UN General Assembly would have long ago condemned the actions of the US and its allies which clearly violate Venezuela’s sovereignty.

“There is no doubt that what is going on in Venezuela is the world’s first ‘Twitter Coup’,” Adam Garrie told Sputnik, commenting on what appears to be a rapid and grotesque regime change attempt.

“This Twitter coup started with a man declaring himself president, then swearing himself in as head of state before plastering the photos of the pantomime inauguration all over social media,” Garrie told Sputnik. “Then like clockwork, the US vice president tweeted his recognition of the man literally in the middle of the street as the “president” of Venezuela. Subsequent to this, Donald Trump re-tweeted Pence’s remarks before US Secretary of State Pompeo took to Twitter where he instructed the Venezuelan military to overthrow the UN recognised President of the country.”

The citizens of Venezuela have suffered for too long at the hands of the illegitimate Maduro regime. Today, I have officially recognized the President of the Venezuelan National Assembly, Juan Guaido, as the Interim President of Venezuela. https://t.co/WItWPiG9jK

The geopolitical analyst highlighted that it is not that the US orchestrating such a coup in Latin America is somehow novel or unique, however, “the brazenness with which the Twitter coup was conducted shows that Washington’s old tricks have been updated for an age shaped by social media instant gratification.”

.@SecPompeo: Now it is time for every other nation to pick a side. No more delays, no more games. Either you stand with the forces of freedom, or you’re in league with Maduro and his mayhem. #EstamosUnidosVE pic.twitter.com/QRpXqdN07V

“It’s a classic 20th century style US coup in a Latin American nation, combined with all the vulgarity of a 21st century style online prank… only this time the prankster is being backed by the world’s most powerful military,” he pointed out.

It was hardly surprising that Wikipedia and Facebook followed suit and “dutifully stepped into line”, disregarding international law and throwing “their weight behind Venezuela’s great pretender,” he added.

Meanwhile, “through all of this, the United Nations has looked like an impotent relic whose institutions cannot keep up with the real-time pace of a lawless Twitter coup,” Garrie elaborated.

To date, major Latin American and European states have recognised Juan Guaido, the self-proclaimed interim president of Venezuela, in addition to the US, Canada and Israel.

According to the geopolitical analyst, the precedent being set by the US in Venezuela “is a deeply dangerous one.”

“It used to be that one had to work months to build up a fake narrative in order to justify hostile action against a sovereign state. In Iraq in 1990 it was the ‘babies in incubators’ lie, in Yugoslavia in 1999 it was the ‘ethnic cleansing’ lie, in Iraq in 2003 it was the ‘weapons of mass destruction’ lie, in Libya in 2011 it was the ‘mass rape’ lie and in 2014 it was the big lie that a gaggle of violent fascists in central Kiev somehow constituted a genuine full scale uprising,” he recalled.

Now it appears that “all it takes is for US officials to go online and declare an un-elected darkhorse as the leader of a nation,” the geopolitical analyst added.

Garrie pointed out the UN was founded specifically to “enforce international law against just such arbitrary disregard for international law”, adding that “in a sane world, the UN General Assembly would have long ago met and condemned the actions of the US and its partners in undermining the sovereignty of Venezuela.”

Alas, “the slow-moving UN appears useless in the face of a coup fit for the age of social media,” he said. “This is not only worrying but it is a travesty.”

To add to the controversy, the unfolding Twitter coup indicates that “if they can do it in Venezuela — they can do it just about anywhere else — with the exceptions of the Chinese and Russian superpowers,” Garrie continued.

According to the geopolitical analyst, one of the reasons why Ankara refused to recognise the self-proclaimed Venezuelan leader is that many Turks see parallels between what is going on in Caracas and the attempted 2016 coup in Turkey.

“The only difference is that the provocation in Venezuela is all the more overt,” the think-tank director elaborated. “Unless a genuine quorum of nations comes together to condemn the US, a precedent will have been set in stone and it means that few nations will be safe from these destabilising forces of geopolitical banditry.”

Maduro Has Many Friends, But His Enemies are Breathing Down His Neck

The question then arises as to what the future has in store for Venezuela and its legitimate government given the US and its allies’ pressure on Caracas.

Commenting on the issue, Garrie opined that in contrast to Syria, the Democratic People’s Republic of Korea (DPRK) or Iran, “geography and consequently time is not on the side of Venezuela’s legitimate leader.”

“Every Latin American nation has been co-opted into the mob mentality style campaign against Venezuela with the exceptions of Uruguay, Bolivia, Nicaragua, Mexico and of course Cuba,” he emphasised. “But none of these nations can offer the kind of deterrence to military aggression against Venezuela that for example China and Russia have been able to do in respect of the DPRK.”

For decades, Latin America has been seen as the US’ backyard by Washington.

The analyst recalled that with the exception of Cuba, “none of the Cold War-era leftist or populist governments of Latin America” targeted by the US military industrial complex and the CIA were able to counter this threat, such as the USSR and China-backed Vietnam and Korea did.

“This does not bode well for President Maduro. He has many friends but his enemies are much, much closer in terms of psychical space,” Garrie concluded.