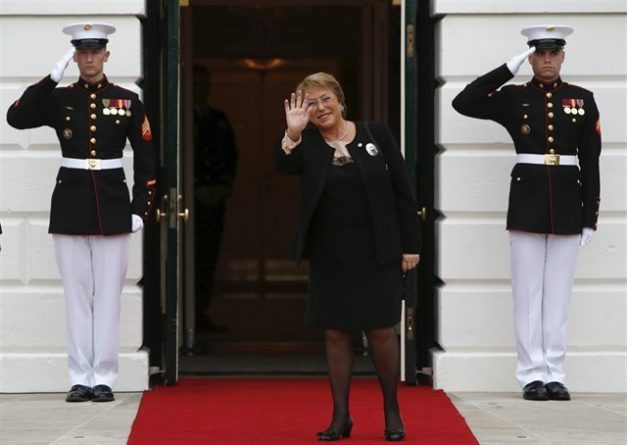 There is no doubt that lying in any form and for questionable reasons is not an accepted value. It can cause serious consequences on those who are the object of lies. It some cases it can cost lives. A person caught lying on a witness stand in court can face criminal charges.

Lying by omission – that is willfully withdrawing important factual information – is no less serious than outright disinformation. When it comes to Venezuela today any form of omission of relevant information must be considered reckless.

The Washington Post in its article of 21 June titled “UN human rights chief meets with Venezuela’s Guaidó, Maduro” [1] provides a good example of lying by omission.

In its 22-paragraphs long article clearly the focus is on Guaidó. However, some half-statements – the other half being what is not said – are of concern because they do not give a balanced understanding of the event that took place in Venezuela with the visit of UN High Commissioner for Human Rights Michelle Bachelet.

The Washington Post does not seem to value the importance that the visit may have in deescalating the dangerous US-Venezuela political tension at the international level. On the contrary, it finds the space to state that “Bachelet issued a tough statement criticizing Maduro’s government” and quotes from a statement that Ms. Bachelet gave last March:

“I am also deeply concerned about the shrinking of the democratic space, especially the continued criminalization of peaceful protest and dissent.”

That quote is accurate. What the Washington Post omits is something else Ms. Bachelet said in that same March statement:

“Although this pervasive and devastating economic and social crisis began before the imposition of the first economic sanctions in 2017, I am concerned that the recent sanctions on financial transfers related to the sale of Venezuelan oil within the United States may contribute to aggravating the economic crisis, with possible repercussions on people’s basic rights and wellbeing.“

Although that statement has also being criticized for not being totally accurate, [2] its omission is even more striking because the Washington Post would have had an opportunity to introduce a major relevant fact such as the extent of the numerous US sanctions on Venezuela. The Washington Post makes no reference at all in the whole article to the sanctions as if they did not exist or have negative impacts on the country. The first US sanctions were imposed in March 2015 by the Obama administration and have dramatically escalated to become a virtual economic and financial blockade. This is a widely documented fact easily accessible to the Washington Post journalist and editor.

“[Ms. Bachelet’s] predecessor, Zeid Ra’ad al-Hussein, was repeatedly denied access to the country [Venezuela] for criticizing what he said was the government’s refusal to recognize a humanitarian crisis.”

The Post journalist does not say when that actually happened. But we do have on video record Zeid Ra’ad al-Hussein saying

“I welcome the oral invitation of the government [of Venezuela] to my office to provide technical support for the implementation of the universal periodic review recommendations.” [3]

The invitation was dismissed in that same declaration that was highly critical of the Venezuelan government, and was delivered at the UN Security Council presided by former US ambassador at the UN Nikki Haley and with OAS Secretary General Luis Almagro present.

However, that is not the only omission. Mr. Hussein made reference to the invitation on November 13, 2017 but the Washington Post does not mention that UN special rapporteur Alfred De Zayas visited Venezuela invited by the Venezuelan government from November 26 to December 4, 2017 – arrangement that surely must have been worked out during Mr. Hussein tenure at the UN – and gave his official report to the UN Human Rights Council in September 2018, one month after Mr. Hussein ended his period at the UN. [4] In it Mr. de Zayas reports that there is no humanitarian crisis in Venezuela, among other facts.

This type of media reporting that gives only part of the facts while omitting others is misleading, irresponsible, unprofessional, and reckless, and can only be construed as a sign of a biased and prejudiced view on Venezuela. I was able to find these relevant facts after a quick Internet search. And so can a professional journalist writing for alleged serious media. It only requires the will and the integrity to do so. Maybe the day will come when a journalist or editor can be prosecuted for posting articles that contain lies.