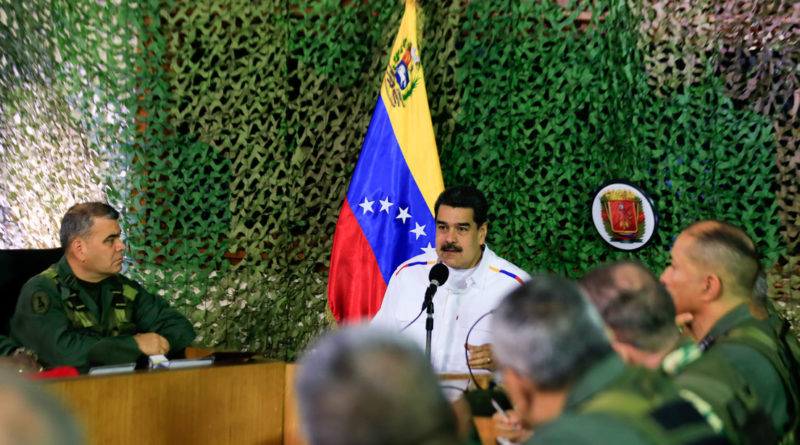 The Venezuelan president said that these actions would seek to divert attention from the social protest against the government of Iván Duque.

On Friday, the president of Venezuela, Nicolás Maduro, denounced the Colombian government along with the Southern Command for preparing attacks on the Colombian-Venezuelan border.

“I have information that the Colombian government with the Southern Command, will try to divert attention from the popular uprising against Iván Duque and the ‘package’, are thinking of provocations again on the Colombian-Venezuelan border,” he said.

For that reason, the Venezuelan head of state instructed the Bolivarian National Armed Forces to be “on alert and vigilant.” “A set of provocations are intended for armed conflict, looking for an armed skirmish on the border,” he said.

The president also called for the military body to prepare for “defending the sovereignty and right to peace of Venezuela.”

Finally, the president authorized the delivery of 13,000 rifles to the country’s fighting militias bodies. In addition, he instructed the organizing of the working class as part of the Bolivarian militia to advance.