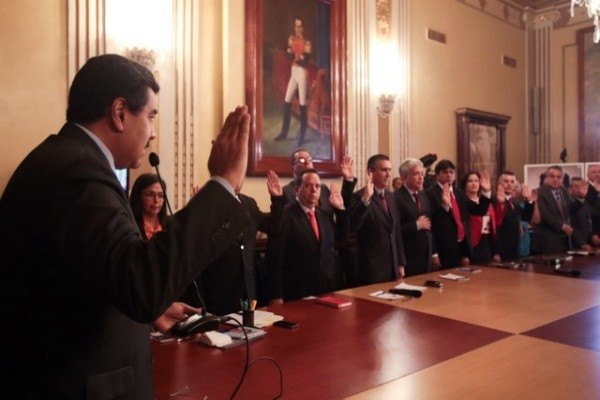 The Vice President of Venezuela, Delcy Rodriguez posted on her twitter account that President Nicolas Maduro has requested all members of his Cabinet submit their resignation in order to initiate a restructuring of the government.

In recent days in public appearances,  the President has expressed his willingness to provoke a radical change in the way the government is functioning in order to adequately meet the unconventional war Venezuela is living and to give more power to communes and communal councils in the direction of the country.

Since President Chavez took office there is a tradition in the Venezuelan administration of shaking up the cabinet just by rotating one Minister from one post to the other. But in recent years the acuteness of the economic warfare has had a deep effect on the human capital of the country, even affecting the chavista leadership.

After the electric attack on March the 7th, and witnessing the supreme resistance presented by the Chavismo leveraged by the communal councils, President Maduro has been very insistent about the need to transfer more power and on interacting better with this form of organization that is the backbone of the Bolivarian Revolution.