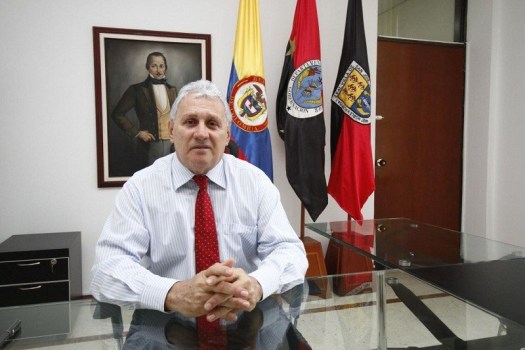 The mayor of Cúcuta, César Rojas Ayala, acknowledged the crisis that has existed in that border city since 2015, and criticized the president of Colombia, Iván Duque, for the lack of attention to the problems that Colombia faces.

In an interview he gave to the Colombian newspaper, El Tiempo, Rojas Ayala expressed his dissatisfaction with the closure of the border, while noting that Cúcuta has “many difficulties as a city. There are no alternatives, nor projects that the Government supports and leverages to mitigate the problems of joblessness.”

Then he said that with the closure of the border “we would be doomed to a crisis the city has been suffering since 2015 and which has been sustained over time.”

In the interview that was published this Saturday, the mayor of Cúcuta called on the Colombian government to “look at our internal problems.”

He also asked the Colombian government to evaluate the distribution of the “humanitarian aid” that the United States (USA) and Ivan Duque’s supervision intended to take into Venezuela and to leave it in Cúcuta.

He added that his city needs help to “promote employment and defeat idleness.”

Recognize that Venezuelan National Guard is being attacked from their side

On the other hand, the mayor of Cúcuta asked that the right-wing youth who stayed in that city to leave the city after the Venezuela Aid Live concert held on February 23 with the support of the international right in that region.

When asked about what the Colombian response should be before the action of a group of “encaupachados, self-styled ‘La Resistencia’, which continues to confront  the authorities of Venezuela,” he replied: “I believe that on the Colombian side of the border we can not have hooded criminals. They claim to be a resistance, but they are a minority of young people who are not going to get anything at all. And the Colombian military authorities, who are looking at this, can not be supportive of them and have to take action and repress these aggressions against the Venezuelan National Guard. ”

On whether he considered the actions committed by these hooded rioters of the Venezuelan right to be acts of violence, he said: “Of course, civic coexistence is altered by this situation”, adding that “I do not accept the 30 or 40 people, who stayed behind under the bridges, keep throwing stones at the Venezuelan guard. The neighborhoods are affected (…) “.

Rojas Ayala was asked if he would support a new operation for the transfer of humanitarian aid to Venezuela, to which he replied: “I have never agreed with this. President Duque was there and I never joined him, because I do not share these actions. I was at the concert, because I like issues of arts and culture. But this damages the city of Cúcuta and leaves us nothing. ”

Finally, he added that as a mayor, due to the policies of the Government of Colombia he is “affected by the lack of security and the lack of clear policies towards the difficulties of Cúcuta and its borders.”