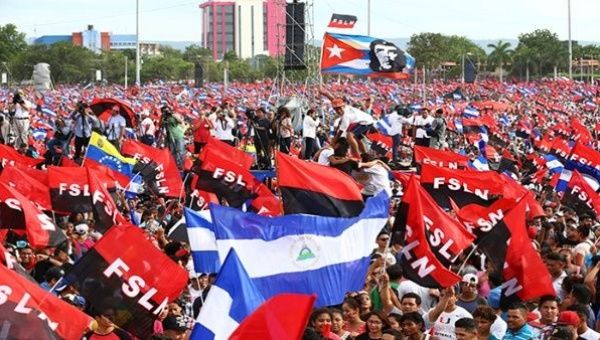 The state power company announced that this year, hundreds of previously disconnected families have already been given electricity.

Nicaragua’s Sandinista government is investing in a public scheme to bring electricity to parts of the country that it has yet to reach. The scheme will place an emphasis on renewable energy.

On Friday, Salvador Mansell, president of the nationalized ENATREL electric company announced an investment of US$80,000 dollars for the month of May, bringing the annual investment to US$300,000 dollars already budgeted in 2019. All the investment is to further illuminate public areas and provide electricity to lower income families

The state company announced that already this year, hundreds of families in areas such as Jinotega and Masaya have already been given electricity. ENATREL is also aiming to build an additional 30,000 public street lights by the end of 2019.

The government has stressed the importance of renewable energy and has begun installing solar panels in hospitals and family homes in disadvantaged rural areas of the country.

Other social programs by the Sandinista government include the “Bismarck Martinez” scheme, which is a land reform that gives terrain to low-income families. On Thursday, Vice President Rosario Murillo announced that 4,308 families will be given land titles, saying, “As we have said … we continue onwards pursuing the common good and developing this Christian solidarity program.”

The program is named after Bismarck Martinez, the Sandinista supporter who was kidnapped by US-backed right-wing protesters in 2018.