A popular version, with subtitles, suddenly was made unavailable on Wednesday. The tape provides the smoking gun of U.S. involvement in 2014 Kiev coup. (Read the transcript).

The smoking gun proving U.S. involvement in the 2014 coup in Kiev has been removed from YouTube after eight years.

It was one of the most watched versions of the intercepted and leaked conversation between then Assistant Secretary of State Victoria Nuland and Geoffrey Pyatt, the then U.S. ambassador to Ukraine, in which the two discuss who will make up the new government weeks before democratically-elected Ukrainian President Viktor Yanukovych was overthrown in a violent coup on Feb. 21, 2014.

The two talk about “midwifing” the unconstitutional change of government and “gluing it together” and of the role then Vice President Joe Biden should play and what meetings to set up with Ukrainian politicians.

The U.S. State Department never denied the authenticity of the video, and even issued an apology to the European Union after Nuland is heard on the tape saying, “Fuck the E.U.” Mainstream media at the time focused almost exclusively on that off-color remark, ignoring the greater significance of U.S. interference in Ukraine’s internal affairs.

Consortium News has numerous times embedded the YouTube video in articles about the overthrow of Yanukovych. CN successfully embedded it earlier this week in an article now being written, but on Wednesday the video suddenly appeared this way in the draft article: 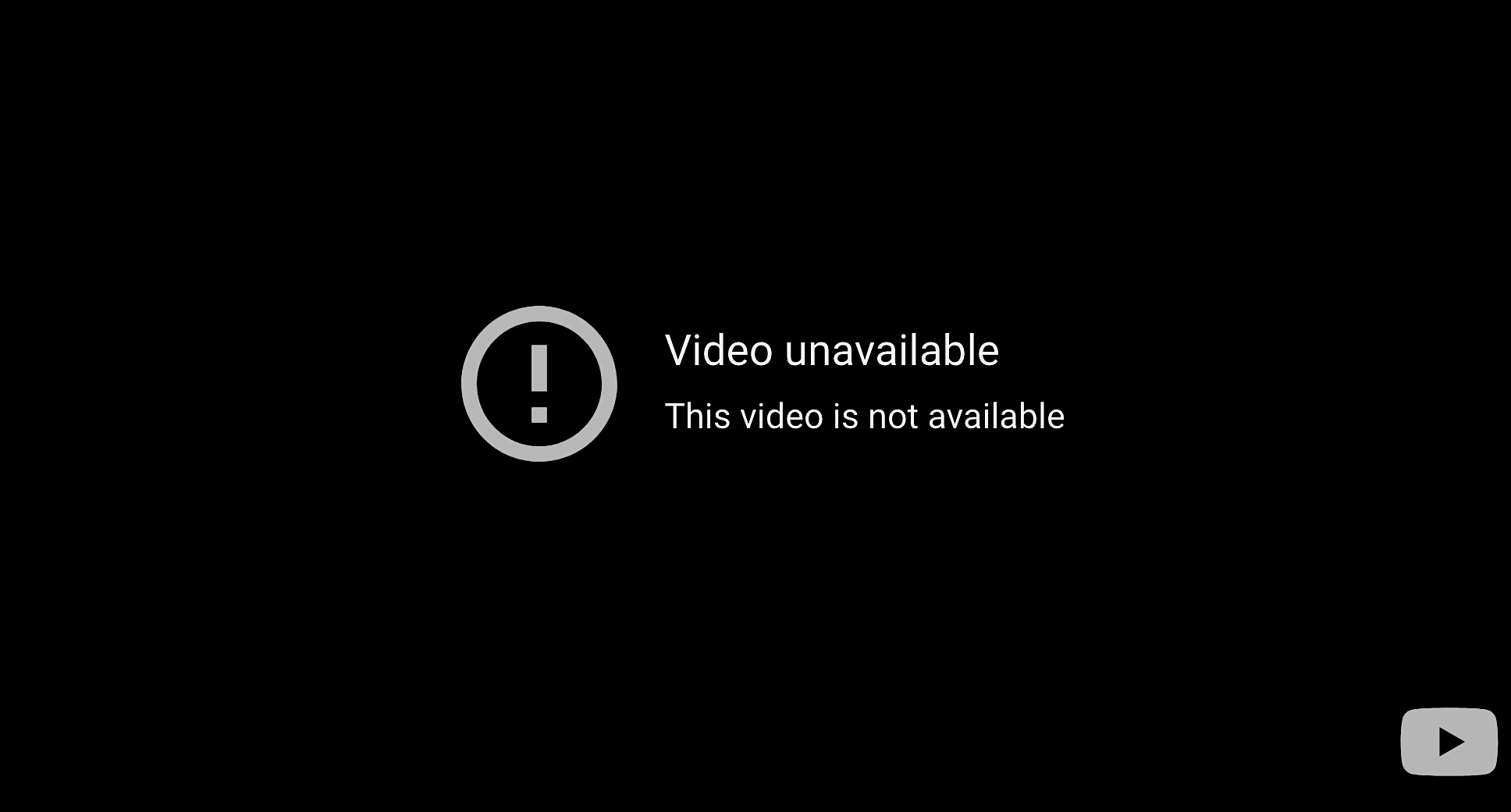 The video was posted on April 29, 2014 and had 181,533 views before it was taken down, was among the most viewed versions of the conversation on YouTube. Eight years worth of comments on the video have also been removed.

This is a screenshot taken earlier from the video that has now been removed.  The same video can be viewed on Rumble here.

Timing of Removal
The removal of a video that had existed online for eight years raises major questions as it comes during the war in Ukraine. Corporate media has studiously avoided mentioning the causes of the current conflict, including NATO eastward expansion, the rejected Moscow treaty proposals in December, the civil war in Donbass and the 2014 coup in Kiev that led to the Donbass uprising and violent repression by the coup government.

The coup in 2014 is the starting point that led to all these events culminating in Russia’s invasion in February. Removing the video would be consistent with the suppression of any information that falls outside the enforced narrative of events in Ukraine, including whitewashing any mention of the U.S.-backed coup.

Transcript Still Online
The BBC on Feb. 7, 2014 — 14 days before Yanukovych was toppled — published a transcript of the Nuland-Pyatt conversation. Consortium News is republishing the transcript here, lest it be removed from the internet as well:

Warning: This transcript contains swearing.
Voice thought to be Nuland’s: What do you think?

Voice thought to be Pyatt’s: I think we’re in play. The Klitschko [Vitaly Klitschko, one of three main opposition leaders] piece is obviously the complicated electron here. Especially the announcement of him as deputy prime minister and you’ve seen some of my notes on the troubles in the marriage right now so we’re trying to get a read really fast on where he is on this stuff. But I think your argument to him, which you’ll need to make, I think that’s the next phone call you want to set up, is exactly the one you made to Yats [Arseniy Yatseniuk, another opposition leader]. And I’m glad you sort of put him on the spot on where he fits in this scenario. And I’m very glad that he said what he said in response.

Pyatt: Yeah. I guess… in terms of him not going into the government, just let him stay out and do his political homework and stuff. I’m just thinking in terms of sort of the process moving ahead we want to keep the moderate democrats together. The problem is going to be Tyahnybok [Oleh Tyahnybok, the other opposition leader] and his guys and I’m sure that’s part of what [President Viktor] Yanukovych is calculating on all this.

Nuland: [Breaks in] I think Yats is the guy who’s got the economic experience, the governing experience. He’s the… what he needs is Klitsch and Tyahnybok on the outside. He needs to be talking to them four times a week, you know. I just think Klitsch going in… he’s going to be at that level working for Yatseniuk, it’s just not going to work.

Pyatt: Yeah, no, I think that’s right. OK. Good. Do you want us to set up a call with him as the next step?

Nuland: My understanding from that call – but you tell me – was that the big three were going into their own meeting and that Yats was going to offer in that context a… three-plus-one conversation or three-plus-two with you. Is that not how you understood it?

Pyatt: No. I think… I mean that’s what he proposed but I think, just knowing the dynamic that’s been with them where Klitschko has been the top dog, he’s going to take a while to show up for whatever meeting they’ve got and he’s probably talking to his guys at this point, so I think you reaching out directly to him helps with the personality management among the three and it gives you also a chance to move fast on all this stuff and put us behind it before they all sit down and he explains why he doesn’t like it.

Nuland: OK, good. I’m happy. Why don’t you reach out to him and see if he wants to talk before or after.

Pyatt: OK, will do. Thanks.

Nuland: OK… one more wrinkle for you Geoff. [A click can be heard] I can’t remember if I told you this, or if I only told Washington this, that when I talked to Jeff Feltman [United Nations Under-Secretary-General for Political Affairs] this morning, he had a new name for the UN guy Robert Serry did I write you that this morning?

Pyatt: Yeah I saw that.

Nuland: OK. He’s now gotten both Serry and [UN Secretary General] Ban Ki-moon to agree that Serry could come in Monday or Tuesday. So that would be great, I think, to help glue this thing and to have the UN help glue it and, you know, Fuck the EU.

RELATED CONTENT: How the US Instigated the Ukraine Crisis

Pyatt: No, exactly. And I think we’ve got to do something to make it stick together because you can be pretty sure that if it does start to gain altitude, that the Russians will be working behind the scenes to try to torpedo it. And again the fact that this is out there right now, I’m still trying to figure out in my mind why Yanukovych (garbled) that. In the meantime there’s a Party of Regions faction meeting going on right now and I’m sure there’s a lively argument going on in that group at this point. But anyway we could land jelly side up on this one if we move fast. So let me work on Klitschko and if you can just keep… we want to try to get somebody with an international personality to come out here and help to midwife this thing. The other issue is some kind of outreach to Yanukovych but we probably regroup on that tomorrow as we see how things start to fall into place.

Nuland: So on that piece Geoff, when I wrote the note [US vice-president’s national security adviser Jake] Sullivan’s come back to me VFR [direct to me], saying you need [US Vice-President Joe] Biden and I said probably tomorrow for an atta-boy and to get the deets [details] to stick. So Biden’s willing.

CORRECTION: This article previously said the removed video was the most watched version of the leaked call. A version from a Russian YouTube channel with Russian subtitles, still available, has garnered 1.4 million views. It may have been de-ranked on YouTube’s search as it is difficult to find, whereas the removed version was near the top of a search request.