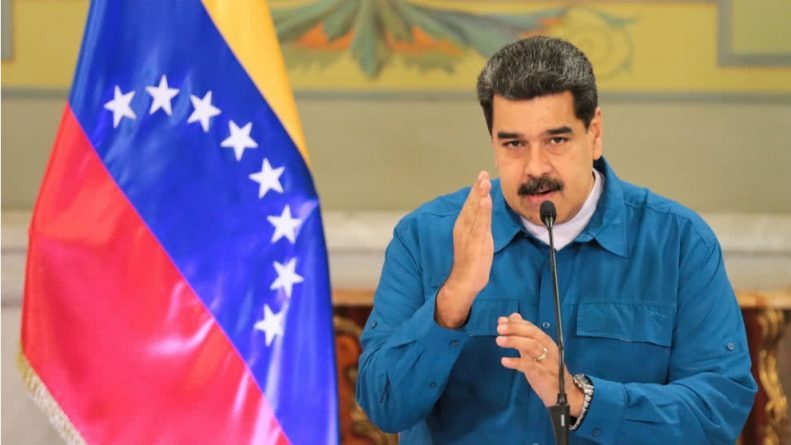 The President of the Bolivarian Republic of Venezuela, Nicolás Maduro, approved a decree on Friday that guarantees job security for the next two years (2019 and 2020), announced the Vice President of the Republic , Delcy Rodríguez. In a statement transmitted by Venezolana de Televisión, Rodríguez said that this decree “is important in the framework of the fundamental line of defense and protection of the workers of our country.” [this kind of decree give workers the right not to be fired without justified causes]

It should be noted that, for the protection and defense of workers, on November 30, President Nicolás Maduro announced a salary increase of Bs.S. 4,500, after the increase in Petro to Bs.S 9,000.

After finishing the Council of Ministers, held at the Miraflores Palace in Caracas, the Vice President of the Republic indicated that actions was also evaluated to strengthen the Recovery, Growth and Economic Prosperity Program, promoted in August by the National Executive to stabilize the economy affected by an unconventional war promoted by right-wing sectors.

This plan consists of 10 strategic lines, among which it is important to establish the fiscal and tax balance – consolidated in the approval on August 21 of three laws by the National Constituent Assembly -, the stabilization of the prices , the defense of the wage of the working class – which includes the increase of the salary to 4,500 sovereign bolivars – and the stabilization of petro, Venezuelan cryptocurrency.

Decree in defense of sovereignty

During the broadcast, Rodriguez reported on the signing of a Presidential Decree for the defense of the sovereignty of the Orinoco Delta, following the incursion of two vessels hired by the transnational ExxonMobil in jurisdictional waters of Venezuela on December 22.

On Saturday, December 22, the Bolivarian National Navy, in accordance with international treaties, intercepted two seismic exploration vessels in jurisdictional waters of Venezuela. Given the irregularity Venezuela demanded Guyana respect for sovereignty, while urging to reestablish direct dialogue with the Venezuelan authorities.

In the Cabinet meeting, the ministers debated plans to fight corruption and prevent natural disasters that could affect the country in 2019.

In this regard, Rodriguez explained that the National Plan Against Corruption, Against Bureaucracy and for Efficiency will be promoted, which will be directed by the National Executive and also coordinated with the security forces and popular power in the street, “to hear all complaints”.

For this, “a technological platform will be developed to prevent crimes against public patrimony, but it will also be articulated with the entire Venezuelan justice system, within the framework of the Rule of Law, with its auxiliary bodies,” the Vice President explained.

In addition, she warned that sanctions will be issued to individuals or companies that intend to “corrupt an official” or damage the nation’s assets.

Likewise, an anti-seismic Prevention Plan will be set in motion after the magnitude 4.9 earthquake registered last Thursday northwest of Valencia, Carabobo state, which left material damage.

“Just one day ago, we woke up with an earthquake that originated in the state of Carabobo; fortunately without human losses, and with little damage presented in the different infrastructures. Minister Reverol has made an exhibition before this Cabinet meeting and from there prevention plans have been addressed that will be known in the coming hours, “he said.