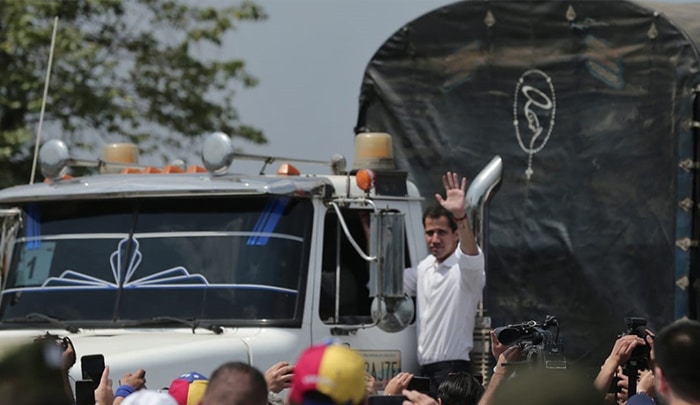 President Maduro recalled this Wednesday, October 6, that the border with Táchira, Colombia, was opened, and he invited Colombian businessmen to resume all their commercial activities with Venezuela. The Venezuelan president made the comments during a working meeting with representatives from the national agricultural sector, broadcast by state-owned television network Venezolana de Televisión.

Maduro commented that about 15 truckloads daily would pass through the Táchira border at the border checkpoint of Ureña, starting this Friday, to reactivate commerce between Venezuela and Colombia.

“When it comes to economic growth and trade, political differences are superficial compared to anything else,” said the Venezuelan head of state. “We have to impose a rational vision and not back down to the policy applied by Álvaro Uribe.”

Since Iván Duque threw in his lot with the failed US-led “regime”-change operation using former deputy Guaidó, Venezuelan authorities have been pushing for a minimum level of cooperation between Venezuela and Colombia, to deal with health, security, and economic issues. However, Colombian authorities doubled down on their anti-Chavista policies, even when these stood in the way of the better interests of Colombians and Venezuelans who live in an area that many experts label as the most active border in Latin America.

“The right-wing partisan extremism that has been imposed with Iván Duque cannot prevail,” Maduro emphasized. “How many opportunities have Colombian businessmen lost? I hope Duque understands it, and that Colombia understands it as a whole. Above political clumsiness and differences between governments, the right to happiness of the peoples must prevail.”

“It was some miserable people who asked for sanctions against the CLAP (Venezuelan State food program), the rats of Guaidó, Borges, and López,” commented Maduro. “They thought that this would finish Venezuela, but today we serve seven million families with 100% national production, from our national agribusiness. That is the true Venezuela, upon which we must advance.”

The coercive measures imposed by the Trump administration suppressed economic and commercial opportunities for Venezuela, recalled Nicolás Maduro. There are more than 400 illegal “sanctions” in place against Venezuelan companies, inhibiting their capacity to trade and hindering the nation’s development.

Featured image: Former deputy Guaidó in Cucuta when he—with the help of Colombian president Iván Duque— tried in February 2019 to force the entry into Venezuela of alleged humanitarian aid carried in three trucks. It was subsequently revealed that the vehicles were carrying materials used by rioters in Venezuela. File photo.