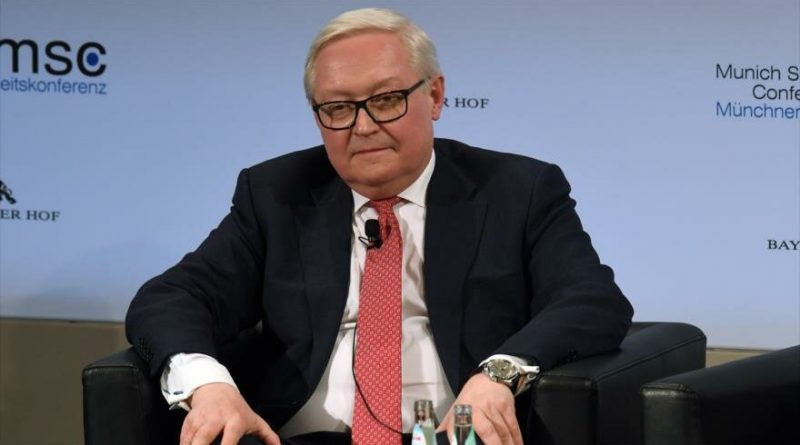 Russia expresses its strong support of Venezuela in the face of interference efforts by certain countries, with the United States leading the way, to overthrow Maduro’s government.

“We cannot exclude it and it is that the architects of US policy towards Venezuela do not tire of repeating that all options are on the table,” said Russian Deputy Foreign Minister Sergey Riabkov.

In an interview published Monday by Russian magazine Mezhdunaródnaya Zhizn, the senior official stressed that Washington has specialized structures for its interventionist actions against Venezuela. “There have been several absolutely illegal attempts to overthrow the Venezuelan government,” he said.

In another part of his statements, Riabkov has alluded to the meeting held last week between Venezuelan President Nicolás Maduro and his Russian counterpart, Vladimir Putin, and has cataloged it as “very positive”, pointing out the Kremlin’s strong support for Caracas.

In the aforementioned event, the parties addressed military and technical cooperation and various aspects of bilateral collaborations. “It was a very deep conversation dedicated to the Russian-Venezuelan strategic partnership,” he added.

Russia is one of the main allies of Venezuela, because it has stood up to the interference, the coup and interventionist plans from the White House.

Venezuela is going through a political crisis, being subject to plots of certain countries, with the United States at the head, particularly after the self-proclamation of the opposition leader Juan Guaidó as interim president of the Caribbean country.