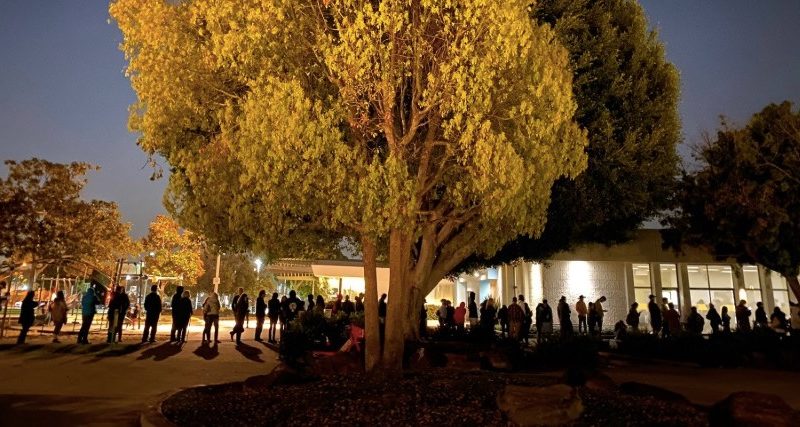 The Grayzone and CODEPINK call on the Organization of American States (OAS) to provide emergency international election observers in the US Democratic presidential primary, after many more irregularities than alleged in Bolivia.

In light of clear irregularities in voting results in the 2020 Democratic presidential primary and structural barriers to voter participation, The Grayzone and CODEPINK call on the Organization of American States (OAS) to provide emergency international election monitors in the primary contest.

“The OAS must send an emergency election monitoring team to the United States to ensure independent scrutiny of a presidential primary that has been marred by clear irregularities and the systematic and highly discriminatory obstruction of citizens’ right to vote,” Grayzone editor Max Blumenthal stated.

Since its founding in 1962, the OAS has dispatched hundreds of election monitoring teams to countries across the Western hemisphere. But it has monitored a US election only once in its history – in 2016, after Donald Trump claimed that the vote would be rigged.

In October 2019, the OAS accused the Bolivian government of irregularities in vote counting during the country’s presidential election. The organization issued a formal statement expressing “deep concern and surprise at the drastic and hard-to-explain change in the trend of the preliminary results after the closing of the polls.” Within days, a military coup was put into motion that resulted in the forcible removal of President Evo Morales – the winner of the presidential election – and the installation of a brutally repressive government.

“While the OAS’s findings in Bolivia have been comprehensively discredited by researchers from the Center for Economic Policy Research and the Massachusetts Institute of Technology, it is incumbent on this organization to uphold the same standards it applies in countries targeted by the United States for regime change to the United States itself,” said CODEPINK co-founder Medea Benjamin.

Background on US irregularities and systematic discrimination against voters

The Democratic primaries have been the scene of severe discrimination against minority, poor and elderly voters. Throughout the contest, voters have had to travel unusually long distances to reach polling places, then forced to stand in long lines for as long as four hours to cast their votes. The problem has been particularly pronounced in impoverished and minority-heavy areas, as well as within the student population.

The League of United Latin American Citizens (LULAC) – the oldest Latino civil rights organization in the US – denounced a “calculated effort to suppress the minority vote during [the March 3 primaries on] Super Tuesday,” calling the organized voter suppression campaign “a danger to democracy.” LULAC said it documented voter suppression incidents in minority-heavy areas throughout [the March 3] primary elections in 14 states.

During the California primary, voters across Los Angeles County reported seemingly endless lines at newly designated vote centers, forcing many voters to wait up to three or four hours to cast ballots. “I have never seen such a long line for voting. At 7 p.m., it wrapped almost to the parking garage,” one reporter observed.

In Texas, The Leadership Conference Education Fund found that 750 polls had been closed across the state since 2012, obstructing voting access for poor and minority voters. By 2018, only one voting center existed for every 7,700 residents, down from one for every 4,000 before the mass closings of polling places six years earlier.

Though the results of the primary in Texas were announced on March 3, it has since been revealed that a full 10% of votes in 44 precincts of Dallas County were not counted. “This is tremendously damaging to our local democracy,” the Dallas county commissioner lamented.

The 2020 Democratic presidential primary has also been marred by unusual disparities between exit polling and difficult to verify computer counts.

For example, computerized vote counts in the South Carolina primary differed substantially from the exit poll, exceeding the margin of error yet again. It was there that Biden’s vote count exhibited the largest increase (+8.3%) from his exit poll projection.

Voting irregularities were also apparent in the Iowa caucuses, where Sen. Bernie Sanders and Pete Buttigieg received the same number of delegates in one precinct despite Sanders winning a significantly larger share of votes. Rather than awarding Sanders a delegate count commensurate to his vote total, the precinct contest was settled by a coin toss.

The United States Agency of International Development (USAID), an arm of the US government notorious for meddling in foreign elections, stated in its 2015 election guide: “Detecting fraud: Exit polls provide data that is generally indicative of how people voted. A discrepancy between the aggregated choices reported by voters and the official results may suggest, but not prove, that results have been tampered with.”

By the standards USAID applies to other nations, these troubling discrepancies must be investigated as signs of potential fraud and tampering.