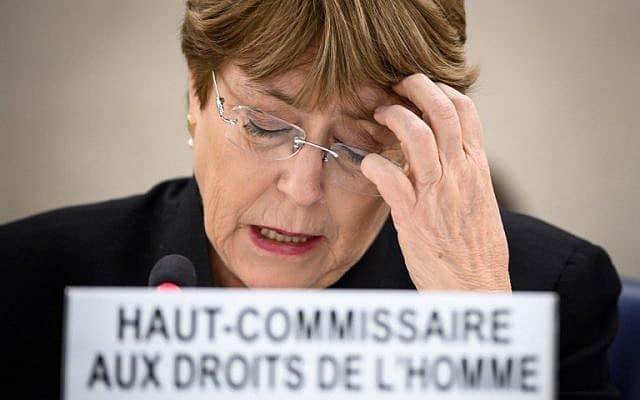 On Wednesday, March 20, the United Nations High Commissioner for Human Rights, Michelle Bachelet, presented a very controversial report on the Venezuelan scenario in which she proposed reaching a political solution.

Here are some of the phrases that emerge from the preliminary report:

-I am extremely concerned about the magnitude and seriousness of the impact of the crisis on human rights.

-It is essential that the (UN) team has full and unrestricted access, and that no retaliation against any person who has been interviewed or attempted to be interview by them.

-The authorities have refused to recognize the size and severity of the crisis.

-The recent interruption of the electricity supply that affected the entire country has aggravated this situation, by further reducing the population’s access to food, water and medicines, and has also seriously affected hospitals.

-According to a recent survey, more than one million children have stopped attending school, mostly because their parents can not provide them with breakfast.

-Although this devastating social and economic crisis began before the imposition of the first economic sanctions in 2017, I am concerned that the recent sanctions on financial transfers derived from the sale of Venezuelan oil to the US may contribute to aggravating the economic situation.