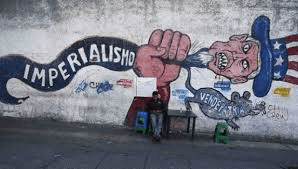 Respecting the “international law and the sovereignty of its neighbors” is demanded by the Government of Donald Trump to Venezuela, after the case of the Exxon Mobil ships.

“We are monitoring reports that the Venezuelan Navy may have interfered with the vessels that operate on behalf of Exxon Mobil. We underline that Guyana has the sovereign right to explore and exploit resources in its territorial waters and exclusive economic zone,” said Robert Palladino, one of the spokesmen for US diplomacy.

He also insisted: “We call on Venezuela to respect international law and the sovereignty of its neighbors.”

For its part, the government of President Nicolás Maduro rejected on Sunday what he described as a flagrant violation of his sovereignty after the incursion of two ships hired by the transnational Exxon Mobil to carry out seismic explorations in Venezuelan waters [not even in the territorial disputes with Guyana].