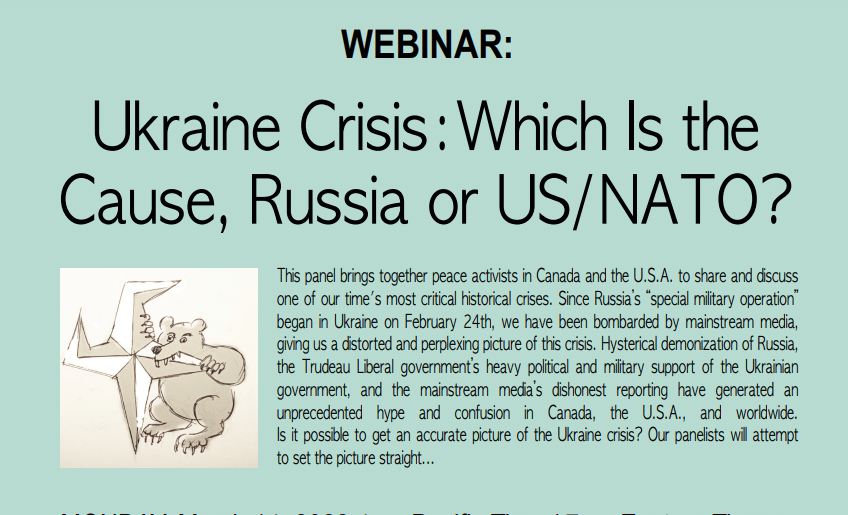 Tomorrow, Monday, March 14th, Orinoco Tribune is co-sponsoring a webinar about the conflict in Ukraine.

This panel brings together peace activists in Canada and the U.S.A. to share and discuss one of our time’s most critical historical crises. Since Russia’s “special military operation” began in Ukraine on February 24th, we have been bombarded by mainstream media, giving us a distorted and perplexing picture of this crisis. Hysterical demonization of Russia, the Trudeau Liberal government’s heavy political and military support of the Ukrainian government, and the mainstream media’s dishonest reporting have generated an unprecedented hype and confusion in Canada, the U.S.A., and worldwide.

Is it possible to get an accurate picture of the Ukraine crisis? Our panelists will attempt to set the picture straight…

Simultaneous translation into French will be available at the event. 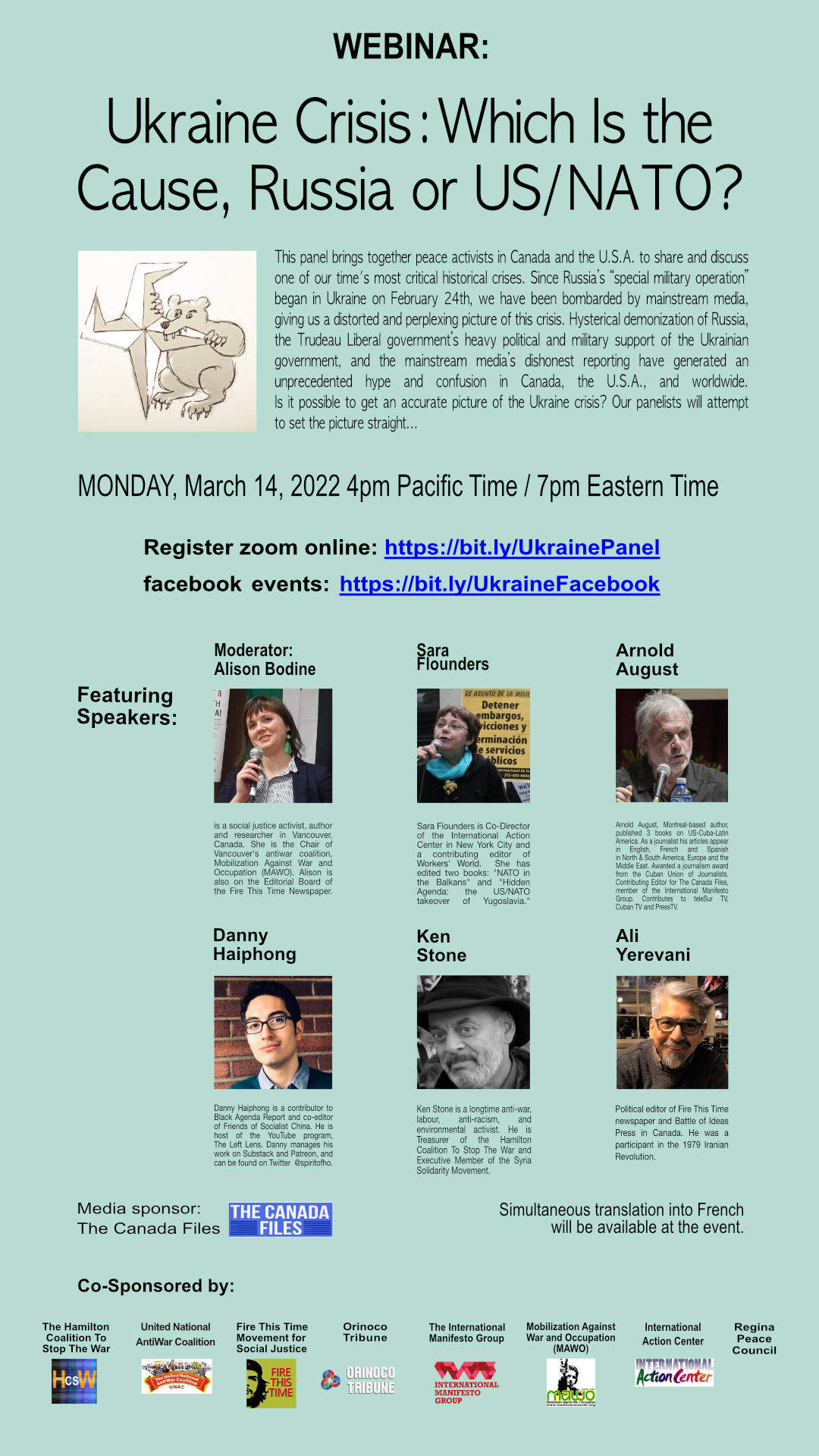