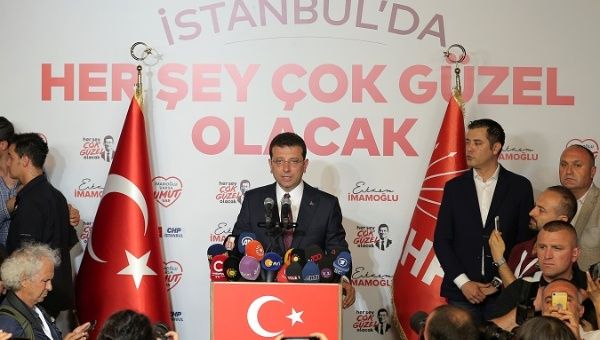 Binali Yildirim, the AKP candidate for the Istanbul Mayoral re-election, conceded defeat before the declaration of elections results Sunday.

RELATED CONTENT: Russia Ready to Replace US F-35s with Su-57s if Ankara’s Deal with US Fails

In the initial March 31 vote, Ekrem İmamoğlu secured a narrow victory over the candidate of President Erdogan’s Justice and Development Party (AKP) in Turkey’s largest city, after more than two decades of the ruling party controlling the city.

Turkey’s President Tayyip Erdogan has repeatedly declared that “whoever wins Istanbul wins Turkey.” Istanbul, the country’s biggest city, is key for the president because there it was where his political career started by being the mayor of Istanbul between 1994 -1998. Losing Istanbul for the ruling party, which has been in power since 2001, would have a significant impact on the AKP’s standing in the country’s political sphere.

In March, İmamoğlu secured 48.8 percent of the vote to Yildirim’s 48.55 percent. On May 6, 18 days after Imamaoglu had assumed the mayoral office, the country’s Supreme Electoral Board (YSK) decided to cancel and renew the vote.

The decision came after the president’s party, the Justice and Development Party (AKP), filed a complaint to the top election board requesting a re-run on the grounds that some officials supervising the elections were not civil servants as required by law. Shortly after, most of Turkey’s opposition parties dropped out of the mayoral race to pool votes for İmamoglu.