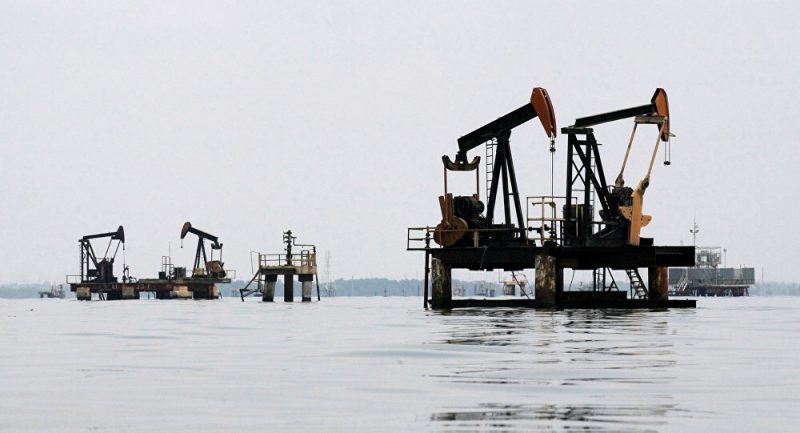 The political crisis in Venezuela escalated earlier this year, after opposition lawmaker Juan Guaido proclaimed himself the country’s ‘interim president’. Caracas has accused Washington of trying to orchestrate a coup d’état to get control of the Latin American nation’s vast energy resources.

US imports of Venezuelan crude oil are at zero barrels per day for three weeks in a row, according to the Energy Information Agency’s weekly report for the week ending June 7.

By comparison, the report noted, during the same period last year, the US imported some 663,000 barrels per day from the Bolivarian Republic.

The absolute halt in imports is the third since January. In March, the US similarly halted all imports of Venezuelan oil for a three week period. In May, imports dropped to zero for two weeks.

Washington slapped sanctions on Venezuelan state oil company PDVSA in late January and seized about $7 billion worth of company assets abroad, including the Citgo chain of gas stations. The Treasury also banned US companies from doing business with the oil giant, on pain of secondary sanctions.

The sanctions and de facto embargo have had a severe impact on Venezuela’s oil output, and prompted Caracas to look for alternative markets and cooperation deals. Earlier this year, OPEC reported that Venezuelan oil output sunk from 1.4 million barrels per day before the US imposed restrictions in January to some 800,000 barrels per day in April.

Venezuela has the largest proven oil reserves in the world, with 90 percent of the country’s income estimated to depend on the oil industry. Over the past five months, Washington has attempted to squeeze the country’s energy export earnings. In May, the US State Department reportedly contacted two trading houses in the UK and Switzerland, demanding that they stop trading Venezuelan-sourced jet fuel supplies or face sanctions.

Last month, the Energy Information Administration predicted that the decline in Venezuelan oil production would continue, and possibly accelerate.

Guiado proclaimed himself ‘interim president’ on January 23, and received near-immediate recognition from the US and its Latin American and European allies. Russia, China, Turkey, Iran and dozens of other countries have expressed their support for the Maduro government, or called on outside powers not to interfere in Venezuela’s affairs.