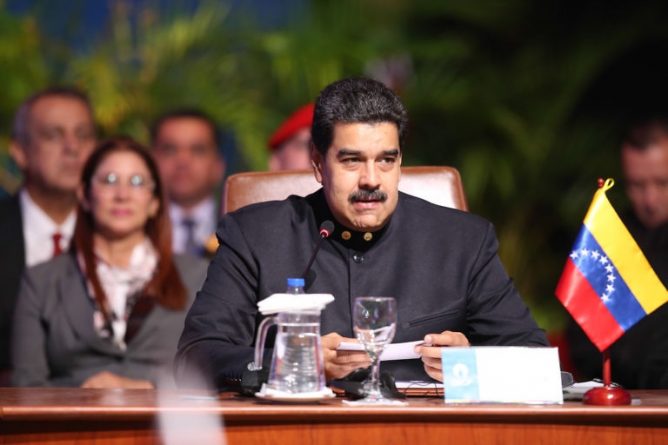 The Government of the Bolivarian Republic of Venezuela, through its embassy in Spain, rejects the article published by the newspaper El Mundo, signed by Daniel Lozano, which is part of a campaign of disinformation and instigation of violence through political propaganda. Through a letter addressed to Francisco Rosell, director of the Spanish newspaper, Ambassador Mario Isea, denounces the article published on November 30, signed by his correspondent in Caracas , entitled “Nicolás Maduro president paria in 2019”, in which “the journalist hides information and offers a biased vision that violates any code of style and good practices and that contradicts the ‘plural vocation’ that his newspaper claims to have.”

The letter states that: “In the work endorsed by the Unidad Editorial group, in its capacity as headquarters of the El Mundo newspaper, a purely speculative exercise is carried out on the continuity of the Venezuelan democratic system, marking the coming 10 January 2019, the date on which a new presidential term Nicolás Maduro will begin due to the democratic will of our society, like a D-day, which would mark a turning point between Venezuela and the international community. ”

The Embassy demands a right of reply and publishes the letter in the sense that it undermines the right to truthful information of the Spanish people.

This letter, published by the digital portal Tercera, points out that Lozano echoes the positions assumed by spokespersons of the Venezuelan ultra-right and also omits data such as the will of 6 million voters who choose Nicolás Maduro on May 20, 2018 .

“The work published in your diary, Mr. Rosell, does not mention the effects on the population derived from the economic and financial blockade and that prevent the acquisition of medicines and food for the use and consumption of everything of the Venezuelan people and that explain in good measure the Venezuelan migratory phenomenon “, says the letter.

He points out that El Mundo omits that the UN has affirmed that the sanctions against Venezuela are equivalent to war crimes, because they directly affect the civilian population; likewise, that the European financial system has folded to blockade, like Euroclear that has kidnapped 1,200 million dollars and the pressures to the Bank of England, to prevent the repatriation of 14 tons of Venezuelan gold.

Likewise, he denounces that what Lozano wrote seeks to divide the people and promote violent events that justify direct intervention against Venezuela, including the military option.

He points out that it is not true what the article states that Maduro does not have the support of the international community when “Venezuela has broad strategic alliances around the world, including the most powerful economic nations on the planet, such as China, Russia, India. ”

In addition, it highlights the support of organizations such as the African Union, the Council of Islamic Cooperation, the Movement of the Non-Aligned, the G77 plus China, the Bolivarian Alternative for the Peoples of Our America (ALBA), the Community of Caribbean States ( Caricom) and most of the countries belonging to the Community of Latin American and Caribbean States (CELAC).

“The only recourse left to the Venezuelan right is to leverage itself in the media that unconditionally grants it a credibility that they do not possess in Venezuela, and that present them to the world as representatives of the Venezuelan people when their failure, obviously evident , demolishes that deception,” the letter states.

“We hope that from now on the newspaper El Mundo will put into practice what the Code of Ethics of European Journalism affirms,” as respect for the truth and avoid omitting information or publishing misleading information, he concludes.