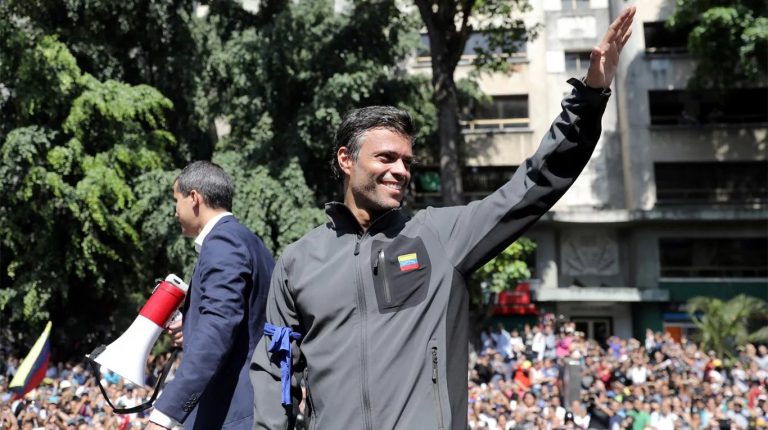 If it is impossible to find any feature of the sublime in the ruthless hybrid war being waged in and against Venezuela, episodes bordering on the ridiculous abound. The attempted coup of April 30 is one of them.

As early as 7 am it was already possible to infer that it was a frustrated attempt, with everything and the level of uncertainty typical of these cases. Such capacity for anticipation can be misleading, because it does not obey the management of privileged information or the predictive skills of the observer. There are decisive data that can be available with a basic knowledge of the terrain, the morality of the forces in conflict, among other aspects.

And something that can not be overemphasized: a precondition to understand Venezuela is to suspect the overwhelming anti-Bolivarian propaganda of the American account or aligned with its interests, which passes as accurate and timely information a version of events that ignores the complexity of the terrain and invisibilizes or criminalizes one of the forces.

RELATED CONTENT: El Cedral: Social Property Managed by the State Can be Successful

To the facts: the deputy Guaidó appeared on the scene at dawn on Tuesday, April 30, only to confirm his political decline.What are you going to do? They are poetic licenses that right-wing politicians allow themselves when they try something like taking heaven by storm.

The entry could not have been less promising: surrounded by a handful of military personnel, betting on the surroundings of the Altamira Distributor, and accompanied by Leopoldo López, chief of Popular Will, rescued by the coup leaders that same morning.

In the first place, the limited military support was extremely evident. Then, they had chosen perhaps the worst possible place: nothing less than the usual scenario of violent demonstrations of anti-Chavismo since 2002, one in which the most furious of the opposition has committed all kinds of excesses and organized the most picturesque shows. It is very difficult -for Venezuelans- to take seriously something whose epicenter is Altamira, and even more difficult to believe that this something can mean the beginning of the end of the Bolivarian revolution. Finally, the release of Lopez, itself already covered in no show, the case of someone who was serving his sentence from home, diverted the focus from self-proclaimed Guaidó.

The “Guaidó effect” lasted just over a month. Almost a complete stranger before 2019, he acquired global notoriety once the United States used him as a pawn: first he created the political conditions for self-proclamation as President, which of course he enthusiastically backed, after which there should be a popular uprising against the Bolivarian Government and the breakdown of the Bolivarian National Armed Force. None of this happened.

The highlight was on February 23. After the failure of the attempt of “humanitarian intervention” via the border with Colombia and Brazil, he began his free fall.

What happened since then? Very much and nothing. Much because, conveniently, there was the first attack on the National Electric System, on March 7, and then another on the 25th of the same month. Nothing because, days later, on April 6, he called for a “simulation” of “Operation Freedom”, absolutely inconsequential, with very little participation, as in general have been all the demonstrations called by Guaidó in the last couple of months and a little more.

The problem is that such a “Guaidó effect” resonated fundamentally with the most violent, undemocratic and politically uncultivated anti-Chavismo, which has a predilection for outbursts of power, whatever they may be, including assassination, lynching, and in general terrorism. Eventually, these lines of force manage to infect the rest of the anti-Chavismo, dragging it into dead ends, but it is not true that they constitute the majority of the anti-Chavista social base.

More importantly, there is a clear difference between, on the one hand, the popular burden as a result of the progressive deterioration of their material conditions of existence, largely as a result of the economic sanctions imposed by the Trump Administration, and the popular desire to change the situation, and on the other hand the proverbial short-termism of anti-Chavismo of the “Popular Will” type, its radical sepoyism, and that makes it so functional to the “regime change” strategy, so longed for by the United States.

Short-term at the end, a minority but numerous, this anti-political anti-Chavismo  is the first to denounce as a waste of time any tactical movement that does not lead to violent confrontation with the “regime”, and is extremely severe in the valuation of its political leadership, even with those who, like Guaidó, are expressly favorable, for example, to US military intervention.

The problem is that Guaidó has not served for such purpose, which increases the discomfort between the most furious anti-Chavez, which in turn results in his reluctance to participate in mobilizations and other mass initiatives.

This was the climate prior to the mobilization called by Guaidó for May 1, and for this reason, condemned to failure. For that reason, we can think, the ridicule of April 30, that more than the beginning of something that could be called “Operation Freedom” seemed a simulacrum of an attempted coup d’etat. But it also served for the deputy to pass the baton to Leopoldo López, his political boss. And that is perhaps the only aspect in which it was successful.

How much will the situation change with Leopoldo López assuming the leadership of the opposition? Unfortunately, not at all. For the reasons already explained: for the kind of antichavismo that he embodies, for the fact that the strategy is elaborated in the United States, because they do not bet on politics with capital letters and are satisfied with being simple pawns, for being so fanatically neoliberal .

What is, perhaps, one of the most revealing and encouraging data of the last four months? That unlike anti-Chavismo, Chavismo is still mobilized in spite of the discomfort with its political class, because what it defends is much more than a Government.