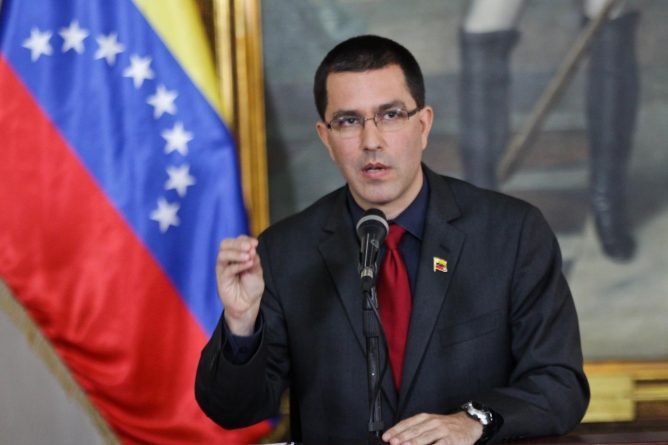 Venezuela offered its police and intelligence cooperation to Colombia to investigate the allegations made by the Colombian Government that allegedly was being carried out an attack against the president of the neighbor nation, Ivan Duque.

Foreign Affairs Minister, Jorge Arreaza informed through his Twitter account that from the complaint made by the Colombian Foreign Minister, Carlos Holmes Trujillo, “We have been trying to contact them to offer the necessary police and intelligence cooperation, in order to investigate their complaint about alleged plans to attempt against the life of Iván Duque.”

When making the denunciation the Colombian chancellor informed on the capture of three Venezuelan citizens in possession of “armament of war.”

In light of these accusations, Venezuelan Foreign Minister Jorge Arreaza announced that he will request from the Colombian authorities the information made public by Trujillo regarding three captured Venezuelan citizens, “with the full disposition to advance a rigorous investigation.”

In another message, Arreaza said that the National Government hopes “that this necessary police cooperation will also serve to investigate and capture in Colombia those responsible for the assassination to the degree of frustration against President Nicolás Maduro on August 4.”