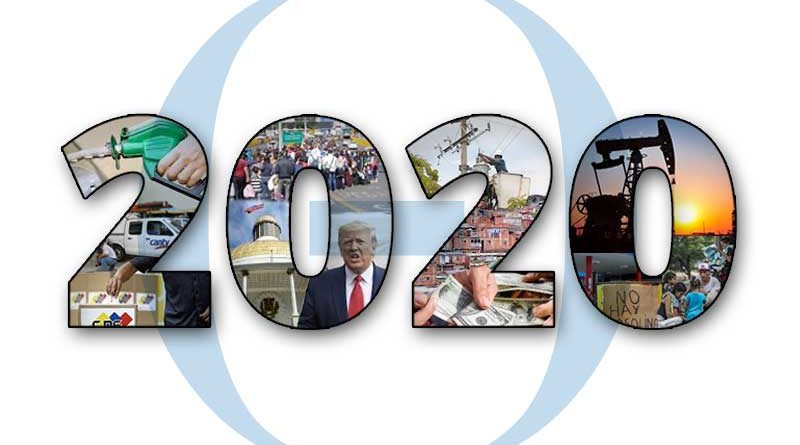 The election of the National Assembly (AN) can become the privileged scenario for political confrontation and a relevant event, not only for the new year, but also for 2021. Because of this, it is mandatory that the bulk of the opposition participate in the event.

The great challenge for the opposition in 2020 , once the attempted coup and military invasion failed in 2019, is to achieve a great turn towards the electoral and the first thing that would have to be weighed is how much this is going to crack the opposition itself and how it goes to purge the rupturists and radicals who advocate only the use of force and do not accept the electoral exit. There could be a historical defeat of the opposition, if abstentionism is imposed as a spiral of silence (as happened in the 2018 presidential elections, which led to the abstention to 52% of the total electoral roll).

But the opposition also has the possibility of recovering its natural space, which is oversized due to the economic crisis and the negative evaluation of Maduro’s management and, at the same time, is dwarfed by migrants, which also do not vote, among other reasons, because in the legislatures only the vote of those present in the country is contemplated.

If the opposition, the bulk of it, is presented as an electoral option and wins the National Assembly again, it will be forcing Chavismo to evaluate, sooner or later, a presidential election process, whether in 2024, the year indicated by the Constitution for it. The electoral and peaceful lane would open and the one that prevailed in 2019 would be closed, which was the path of the threat of (US) military agression and the offer of a vengeful and violent exit offered by Venezuelan economic elites who today make political life from the United States.

The opposition is going to have to wear an electoral arm, very political, of inclusion of Chavismo, as it did in the presidential elections of 2013 and the legislative ones of 2015, which left a positive balance (for them). The result of the legislative election that will be carried out in 2020 will be defining for the form that takes the transit for culminating the presidential term in 2025. A year that sounds very distant for this country of surprises.

If we continue to privilege the scenario of opposition participation in the elections, the government will have to face the problems. The blackouts, hyperinflation and the gasoline crisis will become electoral issues, not like now that they obey a geopolitical agenda. That is, the government will have to leave its trenches so as not to repeat the 2015 vote when it became a minority. Since then, both sides have not measured themselves in important elections where the two groups participate openly.

Now, if the opposition maintains its abstention line and in favor of a  (US) military intervention, then there is no case, the political game will close and Maduro will be solidified, at least until 2025. If this scenario prevails, the legislative elections will not have much media impact, The campaign will be boring, but it will help the government to gain legitimacy and reopen international economic relations that the correlation of forces of the AN has closed.

We already know that the parties of the National Dialogue Table are willing to participate and can emerge as a “third way” that struggles to steal votes from abstention. Especially important is the Cuban lobby of Miami, as it (the opposition) has it in favor during the campaign, and that will lead the opposition back to the “mantra” whose execution looks very unlikely. That is to say, it is not necessary to ignore the scenario according to which the Venezuelan issue enters forcefully in the US presidential campaign and Trump is forced to take tougher measures against Venezuela (naval blockade?). Chavismo, being an election year, will remain very cohesive.

Migration
Venezuelans have proven, in 2018 and 2019, to be an economic impact workforce in the countries where they have reached the last three years. As time goes by, Venezuelans will be getting better business and employment positions. And this will improve remittances and, therefore, will be an incentive for vulnerable sectors.

But you also have to contemplate the crisis scenario in the countries where they live circumstantially. The accentuation of the crisis in Chile, Peru, Ecuador and Colombia can bring an abrupt fall in remittances at first, which would imply a sharp economic crisis for the families that receive them. Now, if these crises become long term, they can generate waves of Venezuelans returning to the country. It is not likely, but it could depend on the instability in those countries.

Petroleum
The increase in oil exports in Venezuela in November, as reviewed by Reuters, opens the scene of a change in the trend towards increased production, something much less expected because of direct economic sanctions to PDVSA , which materialized fiercely in 2019.

Any improvement in the export of oil will have an important impact on an economy that is no longer that of the oil Venezuela but of a Venezuela without official and depressed income that makes any oil production improvement increase the expectations of economic growth.

Economy
Expert economists agree that liberalization measures will continue to be implemented . With which the bubbles of economic well-being will grow, which also include working class sectors due to remittances. It seems obvious that social inequality will be installed as an approach to what Maduro II’s new liberal economy looks like.

Services
Any improvement that the economy may show will not be enough to change the trend towards the depauperization of public services. A lot of investment is required and any improvement (in the economy) will not involve a recapitalization of the State, which will continue to be bankrupt and paying ridiculous wages. The path of privatization does not seem to be a feasible path at the moment. So there seems to be no change in this trend.