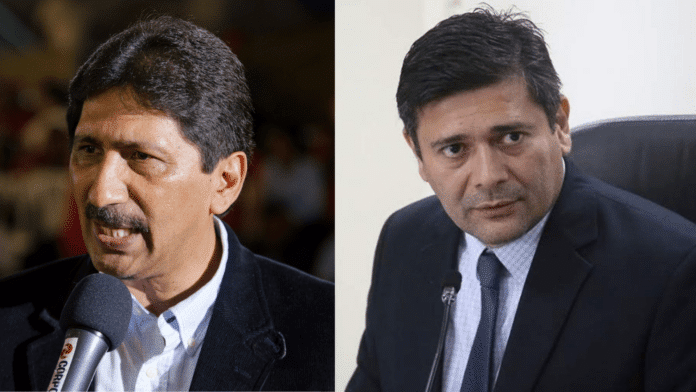 Five days after the celebration of the regional and local mega-elections of November 21 in Venezuela, tension remains amongst sectors of the right in Barinas state that insist on questioning the results and proclaiming the candidate Freddy Superlano as the winner and refusing to recognize the candidate of the United Socialist Party of Venezuela (PSUV), and current governor, Argenis Chávez.

In this sense, spokespersons for both the electoral body, and the political groups involved, have stated that the Democratic Unit Roundtable requested a 100% recount of the ballots and election records, which in turn has delayed the ratification of results issued by the electoral body.

In statements released by the media, PSUV deputy Iris Varela pointed out that right-wing spokesmen “went to the CNE to request 100% aggregation of the results and audits before the first CNE preliminary report had been released, and now they complain about the delay, just because they know that the result does not favor them. We won and we will defend our victory.”

For his part, the rector of the National Electoral Council, Alexis Corredor, also reported that “in the case of the state of Barinas, one of the political parties requested that, due to the small difference of votes, a new count to be made, and that is what is being done, but that is a process that is being carried out directly in Barinas within the Electoral Board.”

However, he added that the recounting in the regional CNE office is positive to add to the transparency and reliability of the process, but he made it clear that the electoral body had already made the corresponding aggregation of votes and that “there are a number of records and votes that confirm the irreversibility of the results.”

Another self-proclaimed leader?
At the same time, the far-right candidate, Freddy Superlano, and those who support him continue to exert pressure and promote acts of agitation in the streets of the state capital, Barinas, and casting doubt over the CNE results. As it should be remembered, Superlano is one of the closest collaborators of former congressman Juan Guaidó, who proclaims himself “interim president.”

It is common knowledge that the candidate of the Unity Roundtable in Barinas starred in a scandal in Colombia. The case is related to a party with prostitutes and drugs, at the Hotel Penélope, located in the city of Cúcuta, in the Norte de Santander department of Colombia.

On the very night of the elections, the CNE issued a first report of the results which showed the favored position of Governor Argenis Chávez, at a point when 91.21% of the total vote had been counted. There, Chávez obtained 93,097 ballots for 37.05% of the total vote, while Superlano received 92,414 votes, or 36.79%.

Despite the narrow margin, the second election bulletin confirmed Argenis Chávez as the winner with 93,097 votes, or 37.05%; and ranked Freddy Superlano (MUD) second with 92,424 votes, equivalent to 36.79%. From that moment on, the review and recount of 100% of the record was initiated, at the request of the MUD itself.

RELATED CONTENT: If Opposition had United PSUV May Have Won Only 6 States—Unusual ‘Rigged Election’

CNE headquartes to take charge of the recount
On Friday, November 26, CNE announced via Twitter that the national office will take control of the recounting process due to the complex conditions in some inhospitable voting centers that have voting records which remain to be processed.

The tweets read as follows:

“The decision, agreed on unanimously, was made after evaluating the complex conditions of the inhospitable locations where the unprocessed ballots still remain, and considering the expiration of the established legal time frames.”

“In this regard, the electoral authorities evaluated the alternatives actions provided in the Organic Law of Electoral Processes and its regulations, for which they opted for the provisions of articles 146 of the law, 365 and 367 of the regulations.”

“This last Monday, the regional and municipal boards had already awarded 22 of the 23 governor positions and 332 of the 335 mayoral positions. For this Friday, only the two positions corresponding to the state of Barinas remain to be ratified.”