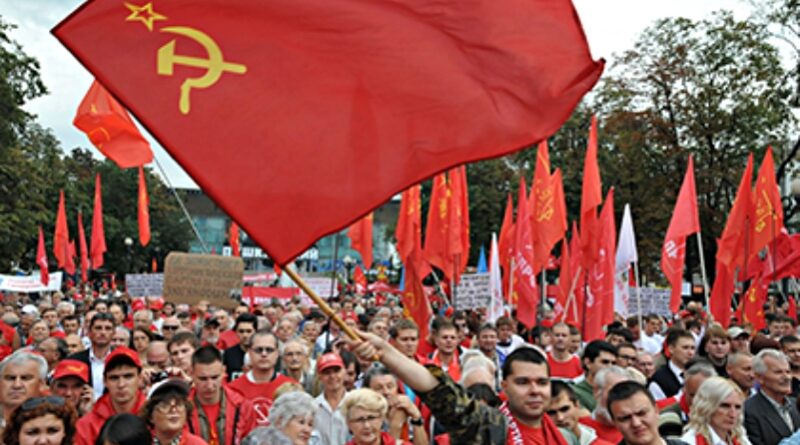 Thirty years since the victory of the counterrevolution and the overthrow of socialism in the Soviet Union, the supposed “heaven” that capitalism would bring in Russia has been proved nothing more than a deception.

The deeply anti-worker policies of the bourgeois governments, from Boris Yeltsin to the current administration of Vladimir Putin, leads more and more Russians to consider what they lost after the dissolution of the Soviet Union. Huge social achievements were abolished, the rich became richer and the poor became poorer, while the income for the working class families shrinks year by year. Capitalism has shown its real, repulsive, barbaric face to the working people of Russia.

Today, three decades after the 1991 events, an especially high number of Russians seem to regret the dissolution of the Soviet Union. More specifically, two out of three Russians (63%) regret the fall of the Soviet Union, one of the highest levels in the last decade, according to a new poll conducted by the independent pollster Levada Center.

RELATED CONTENT: The Red Flag will Rise Again: 30 Years Since the Dissolution of the Soviet Union

Previously in 2017 a still hefty 58% of Russians regretted the fall of the USSR, and in the preceding decade the number did not fall below 61%. The highest level ever recorded was in 2000 when three quarters of Russians (75%) said the collapse of the Soviet Union was a negative development.

According to a survey conducted between 19 and 26 August 2021, half of Russians (49%) would prefer the Soviet political system, with only 18% choosing the current, capitalism-based, political system.

The highest level of nostalgia for the USSR is observed in the age group 55 and older, that is within people who still have enough memories of the Soviet era and can compare the past with the present: 84% regret the collapse of the Soviet Union.

The major reasons that the respondents used in order to characterize their regrets about the dissolution of the USSR are the “destruction of the Soviet economic system”, the “loss of people’s sense that they belong in a great power” and the “growth of mutual distrust and bitterness”.