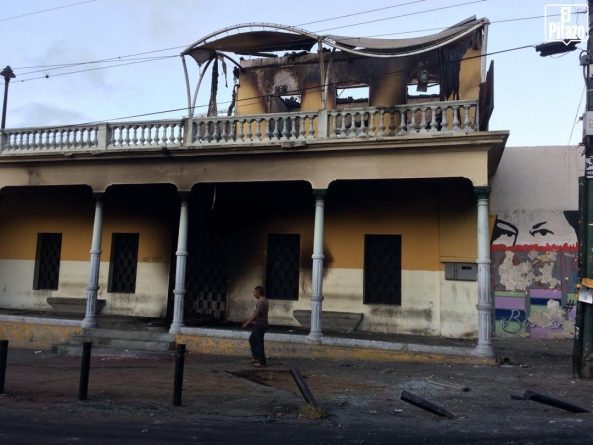 President Nicolás Maduro reported Tuesday that five people have been arrested for the burning of the Robert Serra Cultural House on Monday night.

During the act of the second anniversary of the Carnet de la Patria, the leader asked for the support of the Venezuelan people to get all the terrorist and violent groups that are operating in Venezuela.

He also urged the Prosecutor’s Office and the police bodies to find all responsibles for the attack to the cultural center located in La Pastora, Caracas.

It demanded maximum penalty against terrorists who promote actions like these and their financiers.

Maduro also announced that the Robert Serra cultural center will soon be restored and reopened.