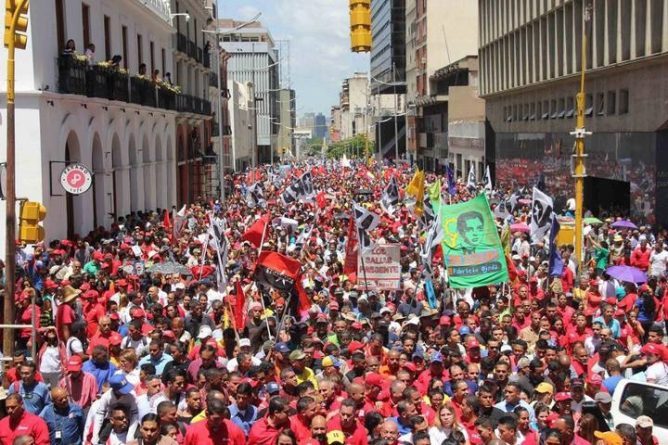 Today, January the 23rd the Venezuelans from all political tendencies went to the streets in democracy to support their ideas.

The journey transited without too many security incidents and with a relative low volume of people in the street, at least for Venezuelan standards.

The chavista demonstration grouped in the Plaza Olearly in the center of Caracas was moved to the Miraflores Palace to ear the address of President Maduro. Unfortunately the opposition demonstration became violent at the end after the self proclamation of Guaido as President of Venezuela. Part of the strategy of the Venezuelan opposition in recent years has been to look for blood after their demonstrations trying to seek some sort of international attention to get rid– one way or the other– of the chavista government.

The Coup D’Etat against President Maduro is already in evident motion and the Venezuelans authorities have called for calm and are working to avoid any unnecessary confrontation.

We have to leave the judicial authorities to act against the crimes committed by the political factors today and in the past days, said Maduro.