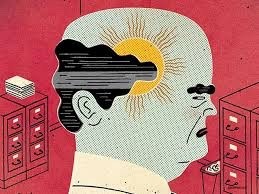 Just a few minutes had passed after the car bomb attack perpetrated in Bogotá, when the Venezuelan political leader Julio Borges already hypothesized that the government of Nicolás Maduro was involved in the criminal act.

Any signs or evidence for such a serious accusation? Nothing of that. With the lightness that the social networks allow, Borges limited himself to arguing that “it is proven that leaders of Colombian paramilitary groups live in Venezuela under the protection of Maduro”.

The statement of Borges, who resides in the Colombian capital, could well be part of the plan underway to give the United States and its allied governments a pretext to intervene violently in Venezuela. However, at least in the first hours, his irresponsible position has not been seconded by anyone in Colombia.

Obviously, it is not ruled out that they do so, because the disgruntled government of Iván Duque could well take advantage of this unfortunate event to stir up the conflict with Venezuela and divert attention from the reappearance of a type of attacks, which was very common in the times of the drug lord Pablo Escobar Gaviria.

The car bomb exploded in the morning of the General Santander Cadet School, south of Bogotá, causing at least nine deaths and a high number of injuries.

Strictly speaking, the Borges conjecture must be absurd even for anyone who knows, even superficially, the reality of Colombia. If a list of possible suspects of an attack like this were made, there would be a few more credible ones: drug trafficking, paramilitarism, the so-called bacrim (criminal gangs) and the guerrilla factors that are still raised in arms are among them.

Colombia is a country that does not need to import violence, because it has plenty of it within its borders, which is evident in the dramatic figures of social leaders assassinated with impunity during the last years, in particular and paradoxically after the signing of the peace agreements between the government of Juan Manuel Santos and the Colombian Revolutionary Armed Forces (FARC). On the contrary, this nation has been a net exporter of violence, with Venezuelan society being one of its recurring victims.

Borges tries to wash his face

With his unbridled denunciation, perhaps Borges wants to wash his face, go from accused to accuser in this field of explosive attacks and relations with paramilitary groups.

The Primero Justicia leader is a fugitive from Venezuelan courts investigating him for his alleged participation in the failed assassination attempt executed in Caracas on August 4 of last year, carried out with drone bombs, with advice, accomplices and training in colombia.

The reactions in social networks were diverse, but there was no lack of anyone who gave Borges’ statement a reading related to the internal situation of the opposition leader: the leaders already considered “veterans” are suffering an attack of jealousy by the sudden celebrity of deputy Juan Guaidó, and that’s why they’re desperate to figure.