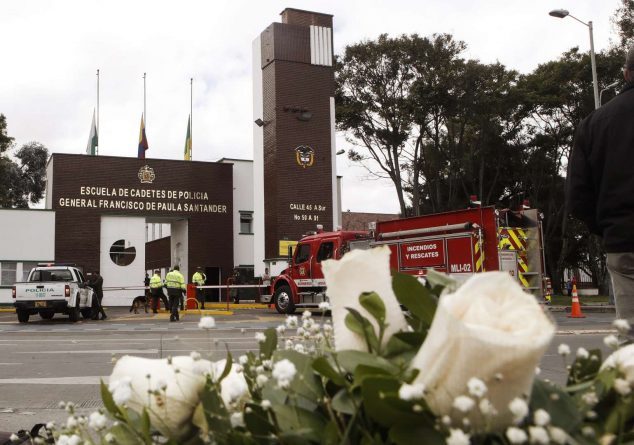 The Colombian Police reported that so far there is a record of 21 dead and 68 injured by the explosion of a vehicle in Bogota Colombia, this January 17 in a police academy. Incident that has been labeled as a terrorist attack by all actors in the Colombian political spectrum.

“Unfortunately, the preliminary balance is of 21 deceased, including the person responsible for the incident, and 68 injured, who were transferred to different health centers with the support of emergency and relief agencies,” the authorities said in a statement.

According to the police source, of the wounded, 58 have been discharged, while ratifying that they are carrying out “the corresponding processes of identification of the victims,” the Telesur web portal reports.

It is important to remember that the Colombians has been for years trying to reach an agreement in the same fashion as the one signed with FARC but since the radicalization of positions during the last years of Manuel Santos government and now with Ivan Duque as President and his connection with former President Alvaro Uribe that is famous for his pro war positions, the chances for an escalation in the Colombian civil war tend to increase.