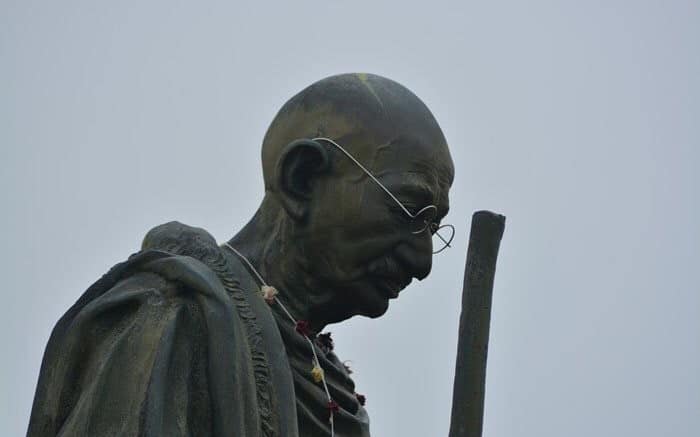 Students and faculty at the University of Ghana in Accra had their cries heard today, as a controversial statue of the late Indian independence leader Mahatma Gandhi was removed from campus on Tuesday night.

Several professors and students demanded the statue be taken down due to Gandhi’s well-documented racism towards Africans. According to BBC Africa, India’s former President Pranab Mukherjee unveiled the statute in 2016 as a symbol of the strong ties between the two countries.

Shortly after, professors organized a petition, citing racist passages that Gandhi had written in which he called Indians “infinitely superior” to black Africans. Gandhi lived and worked in South Africa between 1893 and 1914.

The petition urged the university to put African heroes “first and foremost” instead.

“[It’s an issue] of self-respect,” said Obadele Kambon the head of language, literature and drama at the Institute of African Studies. “If we show that we have no respect for ourselves and look down on our own heroes and praise others who had no respect for us, then there is an issue,” he added.

Many students have expressed similar feelings and are pleased by the news of the statue’s removal.

Malawians are currently facing a similar battle, as many are expressing their opposition to a statue of Gandhi that is currently being built in the country’s commercial capital of Blantyre. Many are protesting online through the #GandhiMustFall social media movement.