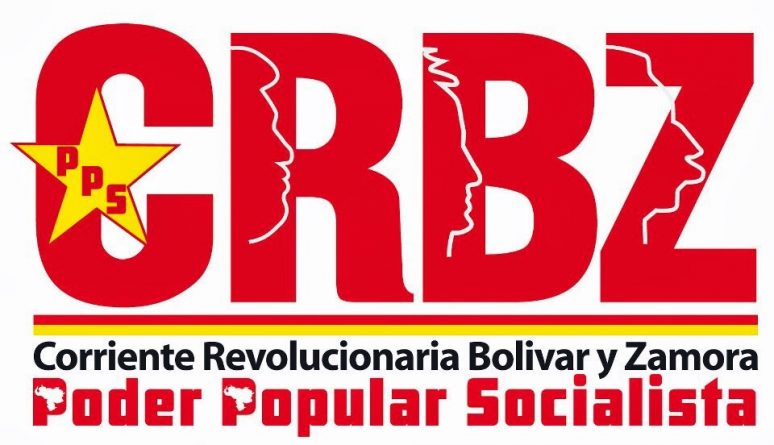 We are in a new phase in the development of plans for external aggression to overthrow President Nicolás Maduro and destroy the Bolivarian revolution and Chavismo. Once again, it is corroborated that the strategic development of the political conflict in Venezuela is determined by the international front.

By Revolutionary Current Bolivar and Zamora

The initiatives, plans, guidelines and orders to the Venezuelan rank and files executing the internal actions are given openly and publicly by senior representatives of the US government. To a large extent, the frontality of the United States government is due to the fact that it is immersed in a great internal political crisis, which makes it look for oxygen in a quick victory of its foreign policy. The unconstitutional self-proclamation of Juan Guaidó as alleged interim president, immediate recognition by Donald Trump and followed by the governments of Argentina, Brazil, Canada, Chile, Colombia, Ecuador, Paraguay and Peru, as well as by Luis Almagro, secretary general of the OAS, are actions planned and coordinated by the Department of State of the United States. In the coming days direct pressure will be maximized in order to achieve the breakdown of the Chavista institutional bloc, mainly of the Bolivarian National Armed Forces and the civic-military unit. In addition, direct intervention, announced on repeated occasions, is latent.

This new situation aims to set up a parallel government, which has a set of implications that would affect another of the main fronts of this conflict: the economic one. Since the activation of this parallel government, strong attacks on the country’s financial capacity will be undertaken: they could advance on the control of assets abroad, restrict the import capacity, affect exports, including oil. All this would have repercussions on the internal economic situation. Hence the need for the national government to take measures that in macroeconomic matters are required with vital urgency, such as, for example, the definitive release of exchange control, a firm tax policy aimed at controlling the fiscal deficit, a thorough review of the monetary policy defined for the petro and the sovereign bolivar. If the consequences of the economic crisis have been severe, the new political scenario defined by the conflict with the US can make them much stronger if decisive measures and actions are not taken to mitigate this effect. Raising national production, mainly of food, is key: this requires promoting a broad dialogue and the construction of consensus with the most diverse productive factors with true national and patriotic vocation, far from the logulares logic and power groups. The democratization of the economy, of the resources and inputs to produce must be a fact in Venezuela to be able to get out of the economic crisis. A Productive National Alliance is urgently needed in Venezuela.

The immediate national political scenario will be marked by the increase in violent actions by the right as part of its plan to materialize the coup d’etat initiated with Guaidó’s self-proclamation. This time, with two variants: 1) the violence is being generated in a targeted way in the popular zones to undermine the capacity of reaction and mobilization of the popular bases of Chavismo, which are in those zones, and to try to provoke widespread popular violence, 2) the violence has been generated in areas near the Miraflores Palace to generate the feeling of effective siege to the center of power. The guarimba is the method to apply that violence, since the strategy focuses on generating terror in the population, in the wearing down of the FANB and the security forces, and in the media and political capitalization of the consequences of violence favor of the right, blaming the government and contributing to the false story that has been feeding for years: that of a tyrannical and repressive government. For this they require wounded, dead, fire, destruction. A key action in this scenario is to broaden the framework of alliances beyond Chavism, in order to effectively isolate coup, pro-imperialism and violence. Democracy, sovereignty and peace are superior mobiles that can generate meeting points to defeat the current threat.

We believe it is essential, to strengthen the popular unity and the combativeness and enthusiasm of our people, that from the national government be promoted with depth and forcefulness, in the concrete of political practice and government, spaces for the radicalization of revolutionary democracy, as well as taking more decisive steps in the fight against corruption. Likewise, a National Emergency Plan is essential, directed not only to the production of food, but to concentrate all the efforts and capacities of the government and the organized people to the recovery of efficiency in public services. The discontent that the economic crisis and the deterioration of services has caused in the grassroots must not be underestimated.

The loyalty and subordination of the Bolivarian National Armed Forces to the constitution, to the people and to the president and commander in chief Nicolás Maduro Moros has been key. Today, Minister Padrino López and the military high command have so confirmed this and have been forceful in their rejection of US interference and the alleged usurpation of power by Juan Guidó and his National Assembly allies in contempt. As a complement to this strength, it is essential to keep the popular mobilization conscious and disciplined, in a civic military unit, to defend the homeland, the conquests and peace. It is necessary to accelerate and deepen the preparations for the integral defense of the territory in which the whole town is involved, as indicated by the doctrine bequeathed by Commander Chávez. In this aspect, the deepening and strengthening of the work of the Bolivarian National Militia is central. Revolutionary Current Bolivar and Zamora is promoting the Hugo Chavez Popular Defense Brigades, mainly in the Tachira, Apure and Barinas states, as a contribution for the social territorial organization in the defense tasks against fascism and imperialism. We call on all the patriot people to join these tasks today inescapable.