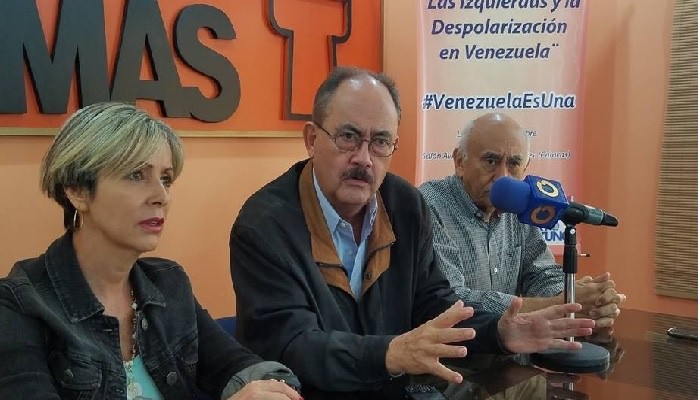 Felipe Mujica assures that Juan Guaidó self-proclamation as Interin President occurred without the consent of the opposition.

Oposición factors in favor of getting rid of Maduro using any mean possible has been criticizing the form used by Guaido and questioning why he didn’t setup a proclamation within the National Assembly that might have gave him a bit more of formality.

The secretary general of the MAS, Felipe Mujica, said that no one expected in political terms that Juan Guaidó be sworn in as he did.

Felipe Mujica added that the embarrassing act, which was carried out by Guaidó of self-proclamation, by orders of the gringos, was a decision not shared by all the opposition parties.

Mujica supported this affirmation with the deferral in the last session of the National Assembly of the discussion on the status of the transition.

Mujica warned that after the breakdown of relations with the United States and Washington’s refusal to leave the embassy, the problem is not whether the elections are good or bad. “We are talking about something more complex, which may end up generating a situation of violence,” of which there is no close background in Venezuelan history.