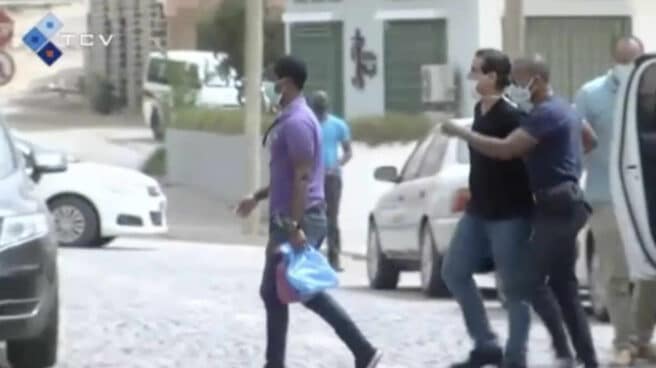 Cape Verdean authorities have not yet complied with the decision of the Barlavento Court of Appeals, which authorized the benefit of house arrest to Venezuelan diplomatic envoy Álex Saab, who had been arrested on June 21 last year in the Cape Verdean island of Sal while he was on his way to Iran.

According to a report by Premium Times of Nigeria, the reason for this delay is that ECOWAS Judge Januária Costa, who is one of the three magistrates presiding over the case in the court of the international body, did not attend the hearing that had been scheduled for Thursday, January 21.

Costa alleged that the pandemic situation prevented her from participating at the hearing which, according to the aforementioned media, would be held virtually. It has been rescheduled for February 2.

However, Femi Falana, one of Saab’s lawyers, accused the Government of Cape Verde of sabotaging the court session and of psychologically torturing the Venezuelan businessman.

In a statement to Premium Times, Falana said, “We seek the direct intervention of the ECOWAS Heads of State to hold Cape Verde accountable for its continued non-compliance with the binding order of December 2, 2020 from the ECOWAS Court, and to denounce its deliberate destruction of the foundations both of the ECOWAS Community as well as of ECOWAS’s Court of Justice.”

Meanwhile lawyer Pinto Monteiro, who is also a member of Saab’s defense, pointed out that the Venezuelan envoy is still in prison because “the police said that they have not yet received notice from the court to release him.”

In this sense, he highlighted that “the prison services of the island of Sal received the document, which was also addressed to the local chief of the Judicial Police, Natalino Correia, who, however, claims that he did not receive it, despite the information that we have about what really happened. This circumstance prevents us from continuing with the transfer process, after our services have already identified two rooms and a hotel with all the conditions, that is, security, to receive our client.”

It should be recalled that on November 30, 2020, the Court of Justice of the Economic Community of West African States (ECOWAS), a body to which Cape Verde belongs and the decisions of which are binding for its members, authorized Saab to enjoy the benefit of house arrest, so that he could receive the treatment he required for the cancer from which he has been suffering for a long time.

However, two weeks later, the Barlavento Court of Appeals refused to comply with ECOWAS’s decision and authorized his extradition to the United States.

Now, on January 21, the same Court changed its position and authorized Saab to be released from prison and transferred to a home to be placed under house arrest. This does not stop the extradition process.