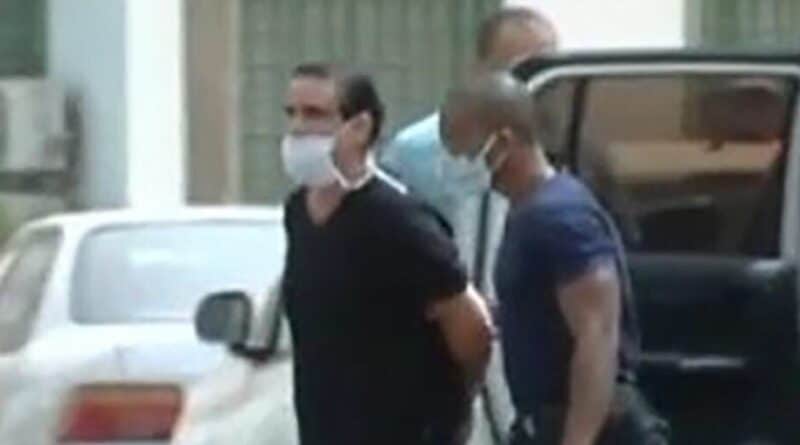 A Cape Verde court ruled this Thursday, January 21, that Venezuelan Special Diplomatic Envoy, Alex Saab, one of many Venezuelans deployed worldwide to carry out missions to circumvent US sanctions, is to be held in house arrest and not in prison while he fights a legal battle against a US extradition request that had arrived after his controversial detention by Cape Verdean authorities without Interpol red notice, an incident that clearly violated international law and Saab’s diplomatic immunity. Saab was arrested in Cape Verde on June 12 last year, when the plane in which he was traveling on an official mission to Iran, stopped for refueling at Amilcar Cabral International Airport on the Cape Verdean island of Sal.

“We are happy with the decision,” said Spanish lawyer and former judge Baltasar Garzón, who heads Saab’s defense team, adding that this ruling “should have come a long time ago.”

On Friday, some letters issued to Saab through the Venezuelan Ministry of Foreign Affairs were released on social media by Saab’s legal defense team. The team filed the said letters as evidence in Saab’s defense in court in Cape Verde on Thursday.

According to a document submitted by Alex Saab's lawyers, Maduro in June wrote Iran's Ayatollah requesting a shipment of 5 million barrels of gasoline for that month, followed by "monthly and periodic shipments." What has actually arrived in Venezuela is far less than that. 1/3 pic.twitter.com/pqlYa0Wc5x

One of those letters was written by President Maduro in June 2020 to the Ayatollah Ali Khamenei of Iran, thanking him for the shipment of Iranian gasoline to Venezuela and requesting a monthly supply to ease the fuel shortages that the country is suffering as a direct result of US blockade.

In another letter circulated on social media on Friday, Venezuelan Minister of Foreign Affairs, Jorge Arreaza had written to Alex Saab addressing him as “Special Envoy”, to remind him of the nature of US aggression and the multipronged US war against Venezuela as well as the classified nature of the information with which he was entrusted by the Venezuelan State.

Venezuela's Foreign Minister @jaarreaza tells Saab that if extradited to the US "you will be put under pressure, whether legitimately or not, to disclose that information and thus put our country at great risk,” pic.twitter.com/7JhuBo34DE

“We have reasonable grounds to believe that if you are extradited to the United States, you will be put under pressure, whether legitimately or not, to disclose that information and thus put our country at great risk,” said the letter signed by Foreign Minister Arreaza that was part of Thursday’s filing.

In another letter dated April 1st, 2020, Minister Arreaza had requested Saab to initiate a new procurement operation to guarantee the supply of COVID-19 drugs and medical equipment to Venezuela.

These letters released by Saab’s defense team are evidence of the diplomatic character of the Venezuelan-Colombian businessman and proof of his illegal detention by Cape Verdean authorities under harsh US pressure and in violation of the Vienna Convention on Diplomatic Relations.

On Wednesday, January 20, Venezuelan’s Foreign Ministry (MPPRE) called upon the Economic Community of West African States (ECOWAS), via a communique, to enforce a court order that had authorized a humanitarian measure for Alex Saab, just one day before the decision was taken by Cape Verde, reported Telesur English.

MPPRE highlighted that Cape Verdean authorities had refused to grant Saab the house arrest benefit allowed by the ECOWAS Justice Court even though the African nation is a member of that regional body.

Emphasizing that all the deadlines established by the Cape Verdean justice system on the process have expired, MPPRE condemned the passivity with which Saab’scase has been handled in that country while also rejecting the intention to extradite the Venezuelan official to the United States.

MPPRE also highlighted the deterioration of Saab’s health, based on which his penitentiary regime had been commuted to house arrest. The Ministry also pointed out the illegality of his detention since he enjoys inviolability and diplomatic immunity as a special envoy under international conventions.

“The detention of Alex Saab is part of the obsessive campaign orchestrated by the outgoing government of the United States against the legitimate government of Venezuela, led by His Excellency President Nicolás Maduro Moros, with the aim of politically and diplomatically undermining our country,” reads the MPPRE communique.

Cape Verde under political stress due to Saab case

Ghanaian news website, Citi Newsroom, presented on Thursday an extensive review of the perception of the Cape Verdean population about their government’s management of the Alex Saab case.

A recent survey conducted in Praia, the capital of Cape Verde, among individuals over the age of 18, indicated that many citizens preferred that their country stayed neutral in the case relating the businessman and the governments of Venezuela and USA.

Cape Verde has accepted a request for the extradition of Alex Saab to US, but its citizens believe that it is a bad move.

Respondents in the January 2021 survey on the Cape Verde government’s foreign policy in relation to measures taken with regard to the Alex Saab case and the intention of Cape Verde voters in the upcoming elections show a strong disagreement with the manner in which the government is handling the case.

63.5% of the respondents opined that the government did not act with good judgement in accepting the US request for extradition without confirming Saab’s diplomatic status from the government of Venezuela.

Responding to a question on what stance they believe the government of Cape Verde should have taken in the matter, a substantial portion of the respondents, 44%, held the view that the country should not have got involved in the case at all, while 20.9% expressed that Cape Verde should authorize the extradition.

The seriousness of the ensuing diplomatic tussle has got the ECOWAS Court involved in the matter with a directive that the suspect be permitted to see health specialists since he may be suffering from cancer, but local prison officers have not allowed that until now.

Parliamentary and presidential elections are scheduled to be held in Cape Verde in March 2021, and pollsters believe that the Alex Saab case may influence voter decisions.