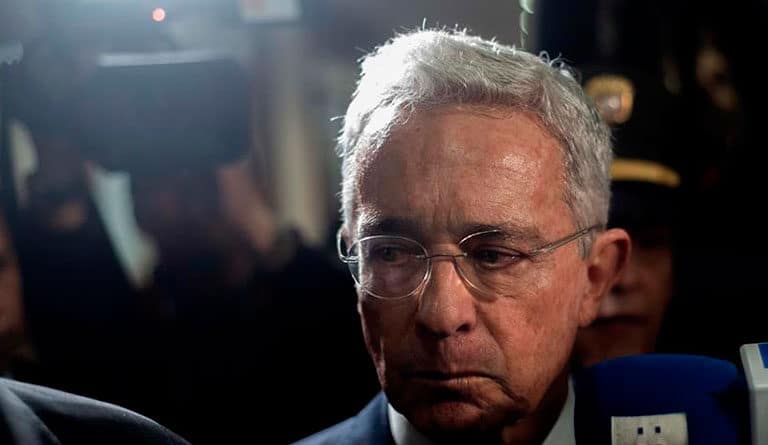 The Investigative Chamber of the Supreme Court of Justice of Colombia ordered the house arrest of the former president and current senator, Álvaro Uribe Vélez, on Tuesday for the alleged crimes of bribery and witness tampering. The court investigates a case in which around a dozen witnesses report that they received compensation in exchange for offering testimonies to favor Uribe.

The decision was confirmed by ex-president Uribe himself, who, through his social networks, announced the measure against him. “The deprivation of my freedom causes me deep sadness for my wife, for my family and for the Colombians who still believe that I have done something good for the homeland,” Uribe said in this regard.

The arrest warrant, which may last for a maximum of one year, must be carried out immediately. However, the measure admits replacement by the defense of the former president, although such an appeal does not freeze the effects of the legal resolution.

The case dates back to 2012
The investigation began in 2012, when Uribe denounced Senator Iván Cepeda for allegedly asking former paramilitaries to testify against him in exchange for benefits. However, in 2018 the Court closed this investigation against Cepeda and opened a new investigation, this time on the former president himself, for the alleged manipulation of witnesses.

Likewise, former prosecutors and politicians such as former congresswoman Piedad Córdoba and Senator Iván Cepeda himself, who was recognized as a “victim” in the process, presented their statements to the judicial body in charge.

However, the record still has some evidence, for example, the pending testimonies of paramilitary chiefs Salvatore Mancuso and El Tuso Sierra, who were extradited to the United States.

Uribe Vélez was president of Colombia for two periods, 2002 to 2006 and 2006 to 2010. Then, in 2018, he was elected as a senator. A few months later, the Court called him for an investigation. At this time, the former president announced his resignation from the Senate arguing that he would dedicate himself to his defense, but a few days later he retracted it.

The former president has more than 50 open complaints in the Accusations Commission and 28 before the Supreme Court of Justice, and his detractors hope that he will be investigated for other alleged crimes related to illegal wiretapping, drug trafficking, homicides, false positives, paramilitarism and massacres, among others.