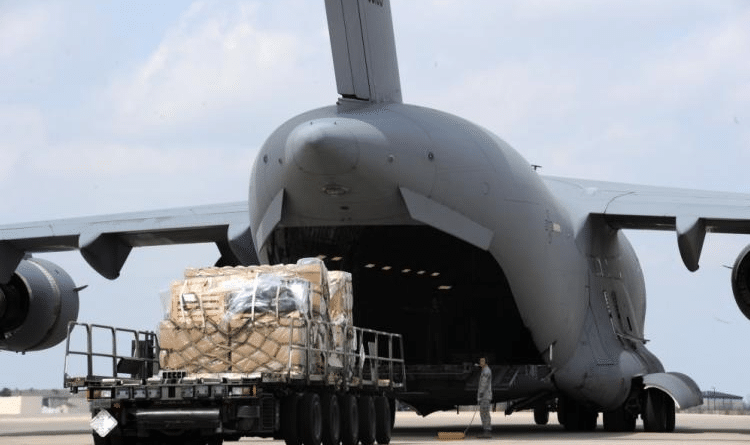 The US Defense Security Cooperation Agency (DSCA) has announced that weapons exports have risen by 2.8% to $175 billion in 2020. In their annual briefing on US arms sales, the Pentagon and State Department cold-bloodedly described this increase as an “accomplishment.”

The Permanent Crisis of Capitalism

The growth in arms sales is structurally driven by the permanent crisis of capitalism. There has been a long-term decline in the rate of profit of the productive sectors of leading capitalist states. This decline began in 1965 and persisted all through the 1970s. A partial recovery occurred from 1982 to 1997, at roughly two-thirds the 1965 level. This was followed by another drop after 1997 and then another recovery in 2006, back up to 1997 levels. A sharp fall in the course of the 2008 crisis soon took place, which took the profit rate down to roughly one-third of the 1965 level. Thereafter, another weak recovery has ensued.

The economies of the US and G7 countries have not been able to recover from the 2008 financial meltdown. Secular stagnation is reflected in declining rates of growth of labor productivity. This decline in productivity growth is due to insufficient productive investment. Insufficient investment derives from a prolonged downturn in rates of profit, reaching levels that are considered unsatisfactory for private investors, and the diversion of resources into financial and other rent-seeking activities.

Militarized capital accumulation involves highly destructive techniques which only generate social waste. To take an example, the global plutocrats have increasingly used the Bomb-and-Build strategy in various regions of the world to destroy past capital investments in the built environment and open up fresh room for accumulation.

With the sustained weakening of capitalism, the use of militarism as a temporary relief from a protracted economic crisis has ratcheted up. Firstly, sales of arms and military services by the sector’s largest 25 companies totaled US$361 billion in 2019, 8.5% more than in 2018. Secondly, total global military expenditure rose to $1917 billion in 2019, representing an increase of 3.6% from 2018 and the largest annual growth in spending since 2010.

As the imperial core and international regulator of global capitalism, the USA has been at the frontline of militarism, trying to somehow counter-act the stagnationist tendencies of late capitalism and at the same time achieve several of its political objectives. The top five arms companies in 2019 were all based in the US: Lockheed Martin, Boeing, Northrop Grumman, Raytheon and General Dynamics. Moreover, the USA accounted for 38% of the global military spending in the same year, with its expenditure growing by 5.3% to a total of $732 billion.

In 2007, tens of thousands gathered outside the US Army School of the Americas (SOA) in Georgia, where Latin American soldiers train for counterinsurgency warfare, to protest taxpayer support for some of the worst human rights violators in the hemisphere. Addressing the gathering, then-Representative Dennis Kucinich said: “Our foreign policy is based on war; our energy policy is based on war; our research and development policies are based on war; and our educational and social policy are all based on war. Virtually every institution in American society is infected by it.”

The pervasiveness of militarism in America is a direct result of its lucrativeness for the elitist minority. From 2001 to 2011, defense industry profits increased fourfold, making it one of the most profitable industries in the US. Since militarism benefits the oligarchy, it has been expanding like a metastasizing cancer in new garbs—from Ronald Reagan’s “confederation of terrorist states” in a new “international Murder Inc.” and Bush II’s “axis of evil,” to John Bolton’s “troika of tyranny.”

Aided by several ideological fabrications, US war-making has become global in the sense that its military doctrine concerns itself with “total domain awareness” and “full spectrum dominance.” This approach is characterized by hyper-vigilance and hyper-interventionism—both of which lead to the creation of an expensive, sprawling military empire.

The American military has a staggeringly strong global reach, deploying nearly 200,000 troops overseas garrisoned on at least 800 bases in 130 countries, and maintaining 11 aircraft carrier task forces to patrol the global seas. Starting from 2001, the country further consolidated its military capabilities, initiating a new kind of expansionism.

As per a testimony by General Raymond A. Thomas, the former Commander of Special Operations Command, the US is engaged in counterterrorism and war in between 80 and 90 countries in the world. From 2001 to 2016, the Pentagon spent $8.5 trillion on its global war on terror. According to Brown University’s “Costs of War” project, in 2001–2020 the budgetary costs of wars in which the US has largely failed to achieve its military and political objectives stand at $6.4 trillion.

For ordinary Americans, intensified militarism has meant the degeneration of an existence already devoid of basic requirements. An average family of four in the USA sees some $13,200 a year of its wealth deposited into the Pentagon, which spends about a trillion dollars annually from all sources to prosecute several wars simultaneously. Further, the $260 billion spent annually on war have created about 1.8 million jobs, whereas that same amount invested in infrastructure could have created 2.5 million jobs. If invested in healthcare, it would create 3.7 million and nearly 5 million if put toward primary and secondary education.

As the enthusiasm for war on terror ebbs in America, Pentagon hawks have been searching for new wars and escalations. The primary targets of this fresh militaristic discourse have been China and Russia. These belligerent verbal onslaughts have been re-packaged as “infinite war.” In a 2018 speech, Air Force General James Michael Holmes explained “infinite war” as “not losing. It’s staying in the game and getting a new plan and keeping pursuing your objectives.”

In his book The United States of War, David Vine describes the utter irrationality of waging an imperialist offensive against China and Russia: “Just as the global war on terrorism has spread terror and exponentially expanded the number of militants willing to carry out terrorist acts, the creation of new U.S. bases to protect against imagined future Chinese or Russian threats risks becoming a self-fulfilling prophecy: the proliferation of U.S. bases in East Asia, coupled with aggressive naval and air patrols and military exercises, risks creating an ever-more-powerful Chinese military threat that the U.S. buildup is supposedly designed to protect against. Contrary to the claim that bases increase global security, they are ratcheting up an arms race and regional military tensions.” In the current period, we need to strongly reject USA’s aggressive attitude towards China and Russia which is making war more likely and the world less secure.