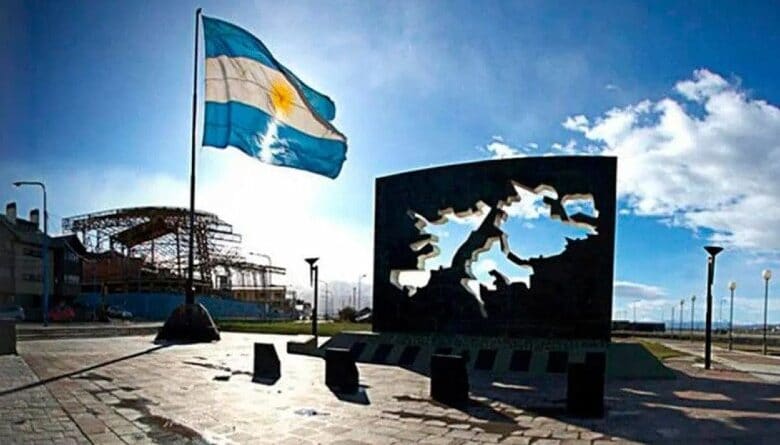 This Saturday, April 2, Argentine President Alberto Fernández led a ceremony to commemorate 40 years of the Malvinas War, which began on April 2, 1982. The ceremony was held at the Malvinas Museum, where medals were awarded to veterans. At the beginning of his speech, Fernández asked for applause for the ex-combatants and their relatives. “On their behalf, I want to pay tribute to the officers who fought with dignity in the Malvinas,” he said, mentioning former General Martín Balza.

He thanked former presidents Evo Morales (Bolivia), Fernando Lugo (Paraguay), and José Mujica (Uruguay), for being present at the ceremony.

“I read a phrase from daughters of ex-combatants, which sums up a lot,” said Fernández. “‘Pride and gratitude for our combatants.’ I share this, and add the word ‘horror,’ for the irresponsible decision of a dictatorship that sent soldiers to die in defense of sovereignty.”

RELATED CONTENT: Argentina, the IMF and the Big Debt

“We also extend the ‘never again’ [saying] to our heroes so that they never again fall into a silence on the part of any government,” said Fernández. “Behind them were many Argentine families. I express a feeling recognized by our people, we recognize them as heroes.”

Fernández reflected that the country also recently passsed the 40-year anniversary of the March 30, 1982 “March for Democracy” protesting the regime installed by the military coup of 1976. “In those days the decision was made by a handful of fascists from whom nothing good could be expected,” Fernández said, in reference to the decision to take the archipelago by force. “With the passing of time the attempt at manipulation became evident,” Fernández said. He expressed his opinion that the military regime wanted to “confuse and manipulate” the people.

“Our soldiers did not see it that way, and with few means but a lot of courage, and the support of the people, defended a usurped land in an absolutely unequal war,” Fernández continued. The British themselves admitted the courage of the Argentine troops, he added.

“If you read the Rattenbach Report that Cristina (Fernández) distributed, you will see the clumsiness of those who led the war,” Fernández said during the ceremony. “Those soldiers who discredited the Armed Forces are part of a past that we do not want to return to.” Next, he gave an account of the British occupation of 1833: “That was a breach of the territorial unity of the country and since then a claim has been maintained that was incorporated into the Constitution.”

“We continue denouncing it as a remnant of colonialism,” Fernández said, referring to the British claim on the Malvinas archipelo (also known as the Falkland Islands). “We continue to say it: the Malvinas were, are, and will be Argentine.”

He also pointed out that “40 years have passed and the world is moved by the war in Europe,” in a framework in which “Argentina reiterates its desire for a peaceful search for sovereignty and we will continue working within the framework of respect for international law.”

At the end of his speech, he stated that “we will continue to work to respect the victims” and called on the United Kingdom to “comply with UN Resolution 2065, which since 1965 has recommended that both parties sit down to negotiate the issue. ” Fernández thanked the Latin American nations for their solidarity with the Argentine claim.

“Malvinas unites us,” Fernández said. “Honor those who lost their lives and recognize those who fought tirelessly in the South Atlantic. May those who fought be the source of inspiration for the future that we deserve.”

Alongside the head of state were Foreign Minister Santiago Cafiero; the president of the Chamber of Deputies, Sergio Massa; the Minister of Women, Gender and Diversity, Elizabeth Gómez Alcorta; and Defense Minister Jorge Taiana. They bestowed 15 medals of recognition  upon former Malvinas combatants and relatives of the fallen.

Representatives from the Mothers of Plaza de Mayo, and numerous ex-combatants also attended. At the beginning of the event, Darío Volonté, singer, Malvinas ex-combatant and survivor of the ARA General Belgrano cruise ship, performed the song “Aurora,” singer Dolores Solá performed a version of the Argentine national anthem, and Luna Sujatovich sang the Malvinas March.

Featured image: Park with the Argentinian flag and a map of the Malvinas islands, called Falklands by the British occupiers. File photo.