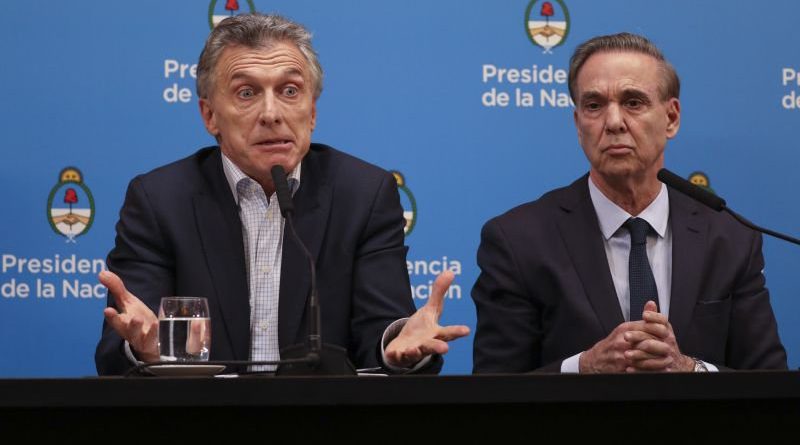 The primary vote in Argentina last August 11 indicated quite a strong rejection of neoliberal policies in a region that has seen a wave of right-wing governments coming to power in the last ten years. The current neoliberal president Mauricio Macri lagged 15 percentage points behind the center-left Front of All (Frente de Todos) coalition party team Alberto Fernández – Cristina Fernández (no relations; also referred to as Cristina Fernández de Kirchener) whose electoral victory on October 27th is quite certain.

The primary vote was only for the purpose of selecting out the smaller parties according to Argentinian electoral process. However, the results are a strong indicator of the wide political gap between the two major contenders.

Can this be a sign that the momentum of the political pendulum towards the right in Latin America may be coming to an end, or that it may be at least slowing down?

Starting in 2009 with the removal from office of president Manuel Zelaya in Honduras, a series of parliamentary coups (Fernando Lugo, Paraguay 2012; Dilma Rousseff, Brazil 2016), political maneuvering (Inácio Lula, Brazil 2018) and at times questionable elections (Lenin Moreno, Ecuador 2017; Jair Bolsonaro, Brazil 2018; Alejandro Giammattei, Guatemala 2019; Nayib Bukele, El Salvador 2019), ushered a reversal of the Pink Tide that was taking place in Latina America. The reversal allowed a surge of right-wing governments implementing neoliberal policies. The people in those countries have not remained idle. Many took to the streets to protest the unpopular policies.

RELATED CONTENT: Argentina: Defeat was not Only Macri’s, but of Neoliberalism and IMF. How to get out of this Quagmire?

“Brazil [is] a pretty bleak place to live, and it doesn’t look like it’s going to get better anytime soon…The right-wing leader is trying to push through a very controversial pension reform that’s already provoked massive protests and a 45 million-person strike a few weeks ago…”

Popular unrest has also been brewing in Argentina following Macri’s election in 2015 despite the fact that, only two months after taking office, the new Macri government, perhaps anticipating the wave of protests, issued legislation severely curtailing public protests. That did not stop the manifestations mostly coming from the Argentinian working class represented by the State Workers Association (Asociacion Trabajadores del Estado – ATE) organizing general strikes and road closures.

As early as 2016 demonstrations multiplied in the metropolitan area of Buenos Aires and in different provinces to reject the sharp increases in public services and the long power outages. The increase in cost of public services have been constant since 2015 but more recently have seen a sharp hike of 35% to 48% in order to meet the “requirements” of the IMF in exchange for a US$5.4 billion loan intended to avoid a default by Argentina’s economy.

The Macri government tried to live up to the overly optimistic statement by David Lipton, the IMF’s acting managing director and chair, last July:

RELATED CONTENT: Argentina’s Presidential Election 2019 – is this the Year that the Latin American Left Launches a Counter-Offensive?

“The Argentine authorities continue to show a strong commitment to their economic policy program, meeting all the applicable targets under the Fund-supported program. While it has taken time, these policy efforts are starting to bear fruit. Financial markets have stabilized, the fiscal and external positions are improving, and the economy is beginning a gradual recovery from last year’s recession. The Fund is strongly supportive of these important policy efforts.”

Washington’s interests are never too far from the political decisions made in Latin America. Argentinian political scientist and analyst Atilio Boron wrote, “the two big losers [after the August vote] were current President Mauricio Macri and Donald Trump.” A reference to the fact that the Trump administration had directly intervened to “make sure Macri moved on without further delays in the missing structural reforms including the privatizing of the social security, labor and tax system”. These are typical IMF “structural reforms” measures.

It must have been quite a set back for the IMF to see the Argentinian economy crash following the primary vote. The Peso lost 23% to the dollar and the stock index fell by more than 34% in three days. These are the consequences of a fearfully reactive Argentinian oligarchy that collectively can send shock waves to the economy by the sheer power of their control on wealth. However, some analysts suggest that there is no reason to fear a return of a center-left administration in Argentina. Argentinian voters and the small business community certainly do not.

In an attempt at backpedaling prior to the October 27th presidential elections, Macri announced “a package of welfare subsidies and tax cuts for lower-income workers” that were quickly criticized as too little too late. Others have claimed that these late economic measures are not sufficient. What Argentina needs is a new economic model.

We remain intrigued by the fact that Cristina Fernández, very popular former president of Argentina (2007-2015), is running as vice-president in this election with Alberto Fernández, former Chief of the Cabinet of Ministers, as president. But that is not an indication that her role in the future government will be minor or secondary.

Ultimately, we remain optimistic that Argentina will choose to join progressive Bolivia, Cuba, Nicaragua and Venezuela, and voters will signal the swinging of the political pendulum towards a more left-leaning popular government again in Latin America.