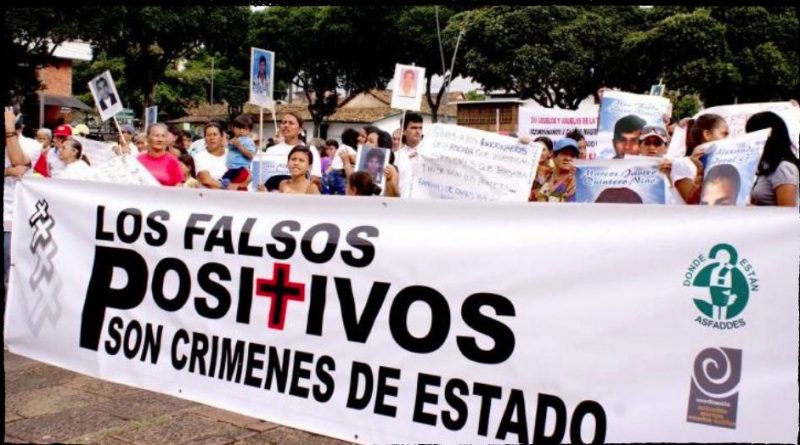 During the armed conflict, the Colombian military committed human rights abuses on a massive and systematic scale. Some of the worst cases include the 1985 siege of the Palace of Justice, army collusion in paramilitary massacres and the False Positives scandalduring the 2000s that saw thousands of people murdered and dressed in guerrilla uniforms in order to boost army war figures.

Now the military is attempting to influence the outcome of the national Truth Commission tasked with documenting decades of armed conflict. The Commission was established in the 2016 peace agreement to build ‘historical memory’ which promotes reconciliation and prevents any potential return to violence. Yet with different sides presenting their own testimonies, recent official documents suggest the military is seeking to whitewash its role in atrocities by setting the terms of the conflict narrative.

In March this year, the recently-appointed head of the armed forces, Nicasio Martínez – whose promotion provoked major opposition among human rights groups and opposition parties over his suspected involvement in the False Positives abuses – signed off on the so-called Plan 002811 whose main objective is ‘to fulfil the strategy for constructing the narrative framework of historical memory of the Colombian armed conflict, which aims to guide the institutional position in spaces of truth and historical memory’. This has raised concerns that the military may seek to minimise the State’s horrific dirty war on civil society.

In the document, General Martínez specified that the army would need to manage how its testimonies are received by the Truth Commission. ‘The active and coordinated participation of members of the National Army in the CEV [Truth Commission] will permit it to culturally position the role it has played in the construction of peace and democracy in Colombia’, he wrote. ‘The army must construct and reconstruct its truth over the origins, causes, development and impact of the armed conflict’, it subsequently reads.

A key aspect of this strategy is presenting the military as victims of the armed conflict. While many soldiers and other service personnel were killed or injured, the armed forces have been guilty of perpetrating massive abuses against several social groups: trade unionists, left-wing political activists, community leaders, journalists, lawyers and peasant farmers are among those most targeted. This violence was legitimised by stigmatising their political or social activities as the work of ‘guerrillas’ or ‘terrorists’.

RELATED CONTENT: Colombian President to Talk about Venezuela at UN to Hide Massacres in his Country

By positioning soldiers as primarily victims, the military will seek to emphasise violations committed by the FARC, even though around 80 per cent of human rights abuses were committed by State security forces and the paramilitary groups which operated alongside them. Indeed, it was the presence of the FARC that provided grounds for the forced displacement of millions of civilians in lands that were subsequently appropriated by multinational companies and Colombian elites for resource extraction, agriculture or ranching.

The Truth Commission faces a daunting task to establish the facts over decades of armed conflict, with many powerful interests keen for their roles to remain secret. The military’s attempt to write its own historical narrative represents another major challenge that must be overcome if millions of Colombians are to ever fully know what happened to their country.