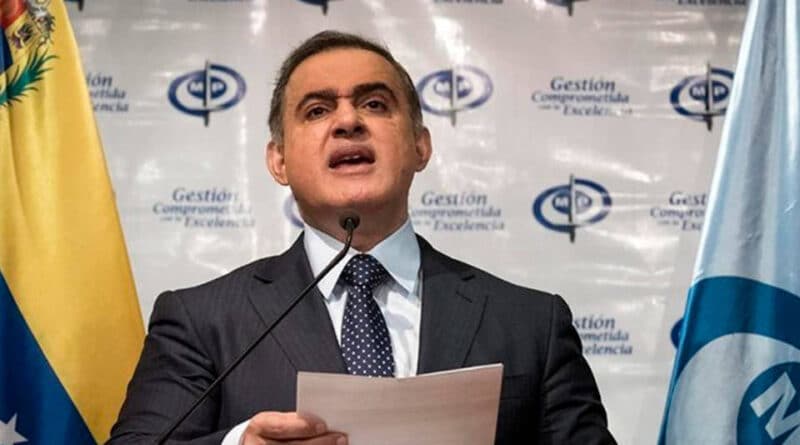 “Venezuela has solidly advanced all the work that the ICC will be informed about,” said Tarek William Saab, attorney general of Venezuela, referring to the government’s signing, this Wednesday, November 3, of a Memorandum of Understanding with the International Criminal Court (ICC). Saab characterized the agreement as a success for the nation.

“This memorandum is a victory for the Venezuelan democratic institutions, with an international body with which we have worked,” said Saab.

“The ICC prosecutor trusts the Venezuelan justice system and this is established in the memorandum,” added the Venezuelan prosecutor. “It also recognizes the efforts of Venezuela to carry out justice.”

Saab explained that during the visit of the ICC prosecutor, Karim Khan, a frank and transparent dialogue was opened. “With the signing of the Agreement of Understanding,” Saab said, “the development of the investigation is transferred to Venezuela.”

“Venezuela, with its institutions of justice and its regular courts has avoided impunity,” Saab explained. “We can continue to advance and develop the principle of positive complementarity with the support of the ICC, but with due respect from the parties.”

The attorney general reiterated that the ICC was able to learn about the effectiveness of the Venezuelan justice system, debunking the smear campaigns against the state. “Venezuela provided enough information, more than 3,000 pages in seven documents, and the former prosecutor of the ICC only gave us the receipt, there was no reciprocal information,” Saab said.

“What we have collected are the many reports of defamation of political entities against Venezuela, led by Almagro from the Organization of American States (OAS) and the now dismantled Lima Group,” said Saab, the head of Venezuela’s Public Ministry.

RELATED CONTENT: ICC Prosecutor is Scheduled to Visit SEBIN and DGCIM in Venezuela

Saab asserted that the complaints filed against Venezuela before the ICC have never been confirmed. “When speaking about hundreds of cases, I would like to know the proceedings, the complaints of the victims, if the victim exists, and know that the allegations went to the ICC in order to say that in Venezuela, there was no justice,” Saab said.

Providing additional facts, Saab said that in regards to the violent opposition protests of 2017 (guarimbas), the Venezuelan legal system made 188 convictions in relation to human rights cases. “This means that there is a vital activity of the penal system to punish those who have separated from the path of the law,” he said.

Saab emphasized that in Venezuela there are democratic institutions, and the penal system is efficient. “We have a preamble in the Constitution that speaks about the importance of human rights, and speaks about how human, socioeconomic, cultural, and indigenous rights should be respected,” Saab said.