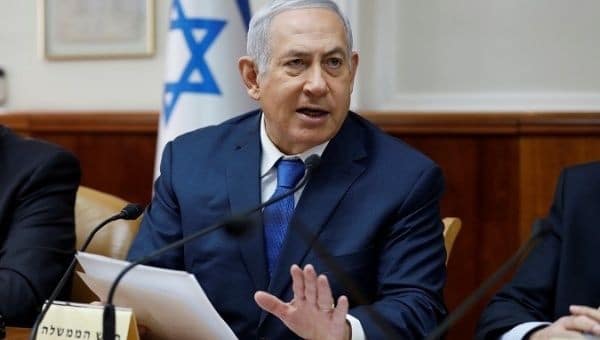 Israel signaled displeasure Sunday with Australia’s recognition of West Jerusalem as its capital, with a confidant of Prime Minister Benjamin Netanyahu saying it was a mistake to deny  Israeli control over the whole city.

Tzachi Hanegbi, Israel’s minister for regional cooperation and a Netanyahu confidant in the right-wing Likud party, was openly critical of Australia, though he deemed the country as a “deep and intimate friend of many years’ standing.”

“To our regret, within this positive news they made a mistake,” Hanegbi told reporters outside the cabinet room.

“There is no division between the east of the city and west of the city. Jerusalem is one whole, united. Israel’s control over it is eternal. Our sovereignty will not be partitioned nor undermined. And we hope Australia will soon find the way to fix the mistake it made.”

Netanyahu, however, did not comment on the issue during his cabinet meeting.

“All of Jerusalem remains a final-status issue for negotiations, while East Jerusalem, under international law, is an integral part of the occupied Palestinian territory,” he said.

The Palestine Liberation Organization (PLO) requested that Australia ensure strict compliance with its obligations under international law, as well as to respect the United Nations Security Council’s relevant resolutions.

The Australian decision comes almost a year after United States President Donald Trump announced the recognition of Jerusalem as the capital of Israel and transferred the U.S. embassy from Tel Aviv to the occupied city of Jerusalem. Since then, Guatemala and Brazil made similar announcements.

Israel captured East Jerusalem in a 1967 war and annexed it as its capital in a move not recognized internationally. Palestinians want East Jerusalem as the capital of the state they are fighting to found in the occupied West Bank and the Gaza Strip.