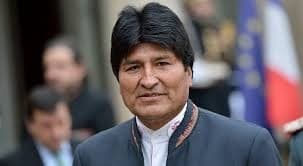 President of Bolivia, Evo Morales, denounces to the member countries of the ALBA-TCP, the new coup methods of the United States against the region.

During his speech last Friday, in the framework of the XVI Summit of the Bolivarian Alliance of the Peoples of Our America – Treaty of Commerce of the Peoples (ALBA-TCP), the indigenous leader has denounced that “there are new forms of coup and interventionism “.

Morales has stated that the attacks of imperialism are confronted by the “social movements and the organized people”, who respond “with great ideological and programmatic clarity, based on economic, political, social and cultural sovereignty.”

The Bolivian head of state has also asked the countries of the ALBA not to get demoralized and continue the struggle for peace, social justice and defending the legacy of the leaders of the Cuban Revolution and the Bolivarian, Fidel Castro and Hugo Chávez, respectively. “There is no need to be afraid of the American empire,” he told the plenary of the summit.

For the Bolivian leader, the capitalist system does not guarantee peace, rather it stimulates the uprising of the peoples against that model. “With the redistribution of wealth it is possible to guarantee this justice and that peace that is so important for the peoples of the world,” he stressed.

In this context, Morales has called on the member countries of this Alliance to be prepared for the “blows” and “lies” of the imperialist movement, which is carrying out an intense campaign to discredit the progressive governments.

Last October, the Alliance issued a statement alerting the international community of the threat posed to peace and stability in the region invocation made by US President, Donald Trump, retrograde Monroe Doctrine of 1823 for his speech at the 73rd General Assembly of the United Nations (UNGA) “.