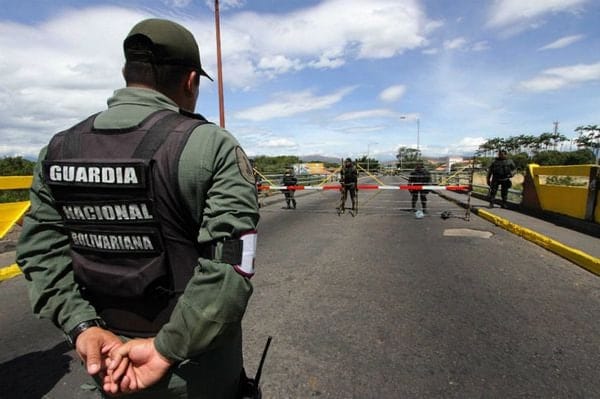 The Bolivarian National Guard (GNB) detained a member of the Armed Forces of Colombia in the border state of Táchira. According to sources, the detained individual was carrying out espionage operations within Venezuela.

According to a report from the GNB, the apprehended person, identified by the name of Jhorman Benjamín Ortega Tarazona, was incercepted by GNB personnel as he displayed ”suspicious behavior” in the vicinity of a Citizen’s Attention Post in Vega de Aza, a Venezuelan town located 68 kilometers away from the Colombian city of Cúcuta.

Eligio Rojas of Últimas Noticias reported that, according to military sources, ”the apprehended individual stated that he resides in Gramalote sector, block 6, house 15, in Cúcuta, Colombia.”

During the detention and inspection of the suspect, a military ID from the Colombian Marine Corps was found on his person, and he was handed over to the relevant authorities to continue with the investigations into the case.

Featured image: Venezuelan National Guard at a border post, with Colombian military on the other side. File photo.