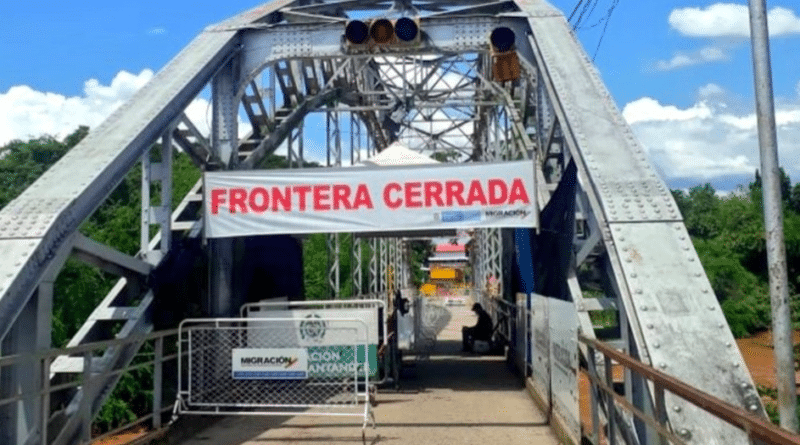 Colombian authorities have backed down and announced an extension of the closure of the international border of Colombia with Venezuela at least until September 1, 2021.

Just days earlier, the government of Colombia had announced the opening of the border with Venezuela and had scheduled it for June 1, but now the Colombian Ministry of Foreign Affairs has issued a decree to ratify the continuity of the closure of cross-border land and river routes.

In Decree 580, dated May 31 2020, the Colombian authorities had established a series of exceptions in regard to the passage between the two nations, that included:

The legal text of the decree added that the individuals receiving exemptions must comply with the biosafety protocols established by the Ministry of Health and Social Protection.

”Those exempted must heed the instructions that the different ministries and entities of the national and territorial authority adopt or issue to prevent the spread of COVID-19,” stated the decree.

Previously, the head of the protectorate of the state of Táchira and deputy to the Venezuelan National Assembly (AN), Freddy Bernal, had announced that the Colombia-Venezuela border would not open on June 1, due to lack of agreement regarding biosafety protocols between the two nations.

”We have had obstacles in opening the border,” Bernal had commented. ”The refusal has come from Colombia; they have not come to an agreement with us in respect to the establishing of the biosafety protocols.”

RELATED CONTENT: Colombia Tries to Make a Media Splash by Unilaterally Opening its Border with Venezuela

Colombia tried to divert attention
The President of the Republic of Venezuela, Nicolás Maduro, criticized efforts to create a spectacle at the border on part of the Colombian government, so as to divert attention from the internal crisis causing havoc in that country.

On May 24, President Maduro warned that unilateral measures will not work, referring to the intention of the Colombian government to open the border crossings.

Maduro also alerted that with the opening of the border, the most lethal COVID-19 variants that are already circulating in the neighboring country could spread to Venezuela also.

“I want to alert the people of Táchira, Zulia, and Apure,” said the president. ”We have information that the Indian, South African and Californian variants are spreading fast in Colombia. In Norte de Santander province, these very dangerous variants have already been identified.”

The Colombia-Venezuela border has remained closed since March last year, when both countries announced the closure as a preventive measure due to the arrival of the pandemic.

Featured Image: The Colombia-Venezuela international border will remain closed at least until September 1 of this year. File photo.