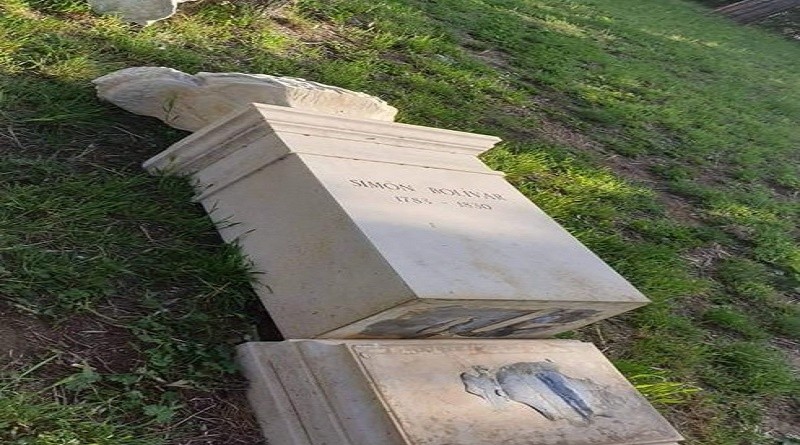 This Sunday the Minister of Popular Power for Culture, Ernesto Villegas , through his Twitter account, reported on the attack on the bust of El Libertador on Monte Sacro in Rome, Italy, where the Father of the Nation made his historic oath for the Independence of Venezuela.

The head of the Culture portfolio cited a tweet published by the councilor of LLPP, Maintenance, Ecological Management, Decoration, Management Directions of AMA and waste of the Municipality of Rome III, Francesco Pieroni , in his Twitter user @effepieroni.

Pieroni denounced the action: “Is it fun to destroy history? This bust recalls the place where Simón Bolívar swore for the South American freedom from Spanish colonialism on August 15, 1805 . The same place where Menenio Agrippa had pronounced his apology. We will put it up again with the help of the Embassy of the Bolivarian Republic of Venezuela in Italy @embavenitalia, “he wrote.

He also published an image showing how the bust commemorating the oath of Simón Bolívar was demolished and destroyed.

During his visit to the city of Rome, Italy, the Father of the Fatherland, on August 15, 1805, accompanied by his teacher Simón Rodríguez, made the oath on the hill of Monte Sacro: