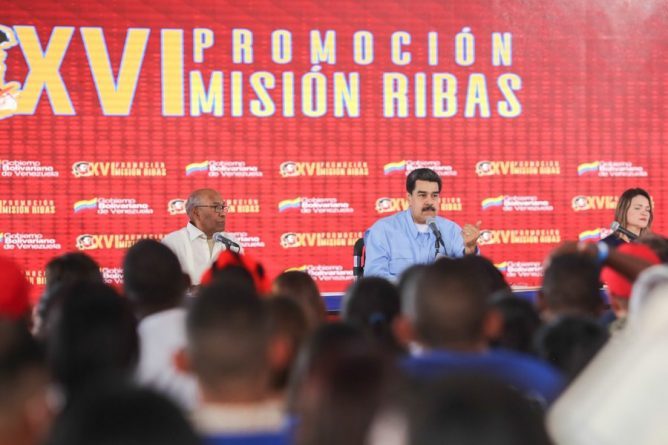 Venezuelan President Nicolás Maduro said that the Central Intelligence Agency (CIA) had recruited General Manuel Cristopher Figuera, ex-director of the Bolivarian National Intelligence Service (SEBIN), who supported an uprising against the Government on April 30, a year ago. “Today (May 10) after investigating, we have verified that General Manuel Cristopher, for over a year, had been recruited by the CIA, and worked as a traitor, mole and infiltrator in the orders that had been given, the last position I had given him was as director of SEBIN”, said the president, during a transmission of the state channel Venezolana de Televisión.

President Maduro indicated that the irregular capture of deputy Juan Guaidó, on January 13, was ordered by General Cristopher Figuera, under orders from the US intelligence agency.

“Do you remember when they made Guaidó a prisoner? Who ordered his apprehension? He (Cristopher) himself, for a show and other things!” he said, referring to Cristopher Figuera. “So Venezuelan justice will come to this traitor sooner than later, so that he will pay for his betrayal,” he added.

Maduro told the soldier, who is fugitive after the issuance of an arrest warrant against him, to articulate the lie that he had the support of the defense minister, Vladimir Padrino López, of the president of the Supreme Court of Justice (TSJ) and of General Iván Hernández Dala, head of the General Directorate of Military Counterintelligence (Dgcim).

“It was General Padrino, it was the president of the Supreme Court, Maikel Moreno, and General Hernández Dala, who warned me a week before the coup d’état, about the strange behavior of this general who was to be relieved, dismissed from his position and arrested on Tuesday, April 30 at 9:00 in the morning. Therefore, he rushed the coup,” he said.

The president ratified all his confidence in the general in chief Padrino López, in the president of the Supreme Court and the director of the Dgcim.

Figuera sent an open letter against the government of President Nicolás Maduro on the same day of the military uprising of the morning of April 30, in which the opposition deputy Juan Guaidó participated and for which the vice president of the National Assembly is being held (Parliament Edgar Zambrano, a majority of the opposition), and a judicial process was initiated against 9 other legislators.

So far, the whereabouts of Figuera are unknown, but on May 8, the United States Government lifted the sanctions against him, and called on the other Venezuelan military to follow in his footsteps.

In recent days Figuera has sent messages to President Maduro, and this May 10 he published a video in which he urged the restructuring of the State and to stop blaming the world for the misfortunes of the country.

The (January) detention of Guaidó to which Maduro made reference took place in the state of Vargas, but the parliamentarian was released in less than two hours and the officers involved in the incident were arrested for allegedly acting on their own.