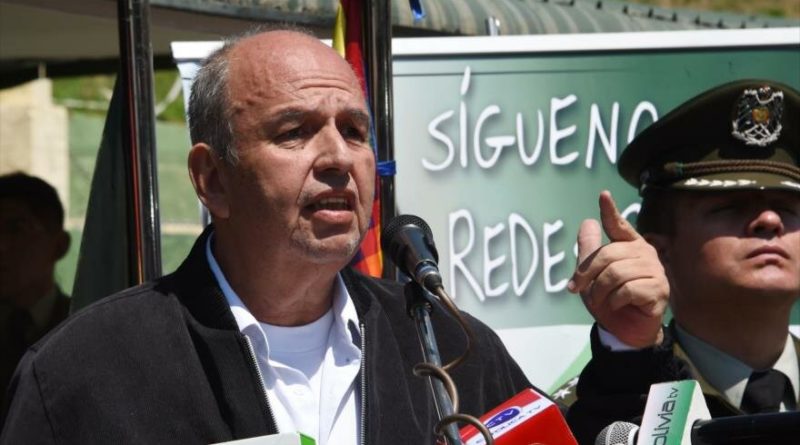 The Interior Minister of the ‘de facto’ government of Bolivia says he has asked for support from the Israeli regime to combat “terrorism” in the South American country.

“We have invited them to help us. They are used to dealing with terrorists. They know how to handle them,” said Arturo Murillo, who serves as the minister of the interim government of Bolivia, on Friday to the British news agency Reuters, referring to the Israelis.

Murillo has indicated that the Bolivian Police investigate “radical leftists” who, in the opinion of the current authorities of La Paz, seek to destabilize the government of the self-proclaimed Bolivian president, Jeanine Áñez.

Specifically, the incumbent has accused some leftist elements allegedly linked to the administration of Venezuelan President Nicolás Maduro and drug traffickers of instigating deadly riots in the country, after President Evo Morales resigned from the Bolivian Presidency on 10 November.

RELATED CONTENT: Evo Morales Heads to Cuba Amid Talk of an Eventual Comeback (Then Argentina)

Morales had been re-elected in October to a fourth term, but, due to a persecution against his supporters and the lack of support from the police and the military, he resigned and took refuge in Mexico.

After the coup against Morales, the government of Áñez has taken a diametral turn from the policy followed for almost 14 years by the indigenous leader.

So, the Bolivian de facto government has strengthened the position of the religious right, has resumed strong ties with Israel and the United States, has expelled hundreds of Cuban doctors and Venezuelan diplomats.

On Tuesday, Murillo announced the creation of the Anti-Terrorism Group (GAT), made up of 70 police officers, whose mission is to “act with the greatest firmness” against terrorists financed by Venezuela, the minister said without providing evidence.

In this regard, Murillo told Reuters that several countries had helped train GAT. He also said he plans to travel to the United States to establish “connections” for the exchange of information.

The presentation of this shock structure takes place in the midst of allegations of police repression of protests against the government of Añez and reports of human rights violations in the Andean country, following Morales’ departure.