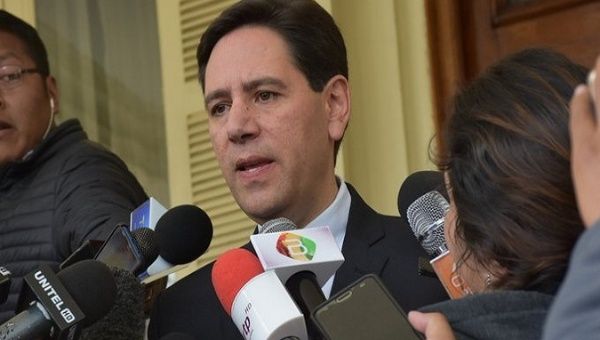 The citizens reported as disqualified, who claim their right to vote, will be able to do so from 16 to 22 March, and present their restoration applications and complaints to the offices of the Civic Registration Service in each department and abroad in the consulates or embassies.

The Bolivian Supreme Electoral Court (TSE) disqualified more than 147,000 citizens from the voter registration on March 15.

TSE’s president Salvador Romero, designated by de facto president Jeanine Áñez, stated that of those disqualified from the vote, 147,064 are national residents.

The department of Santa Cruz has the highest number of disqualified voters, 41,813, followed by La Paz with 29,852 and Cochabamba with 25,670. The Movimiento al Socialismo, a leftist party led by Evo Morales, leads the voting for now. This data was offered by several polling companies who affirmed that Luis Arce, MAS presidential candidate, is ahead in the balloting with 31.6 %. As the governmental body reports, 301 of the limited voters live abroad: 182 in South America, 25 in North America, 93 in Europe, and 1 in Asia.

Among the disabled cases, as TSE exposed, are documentation errors, underaged people, interdepartmental registrations, possible double identity or identity theft and a departmental TSE suspension. According to Romero, the disabled voters’ list includes citizens who did not vote in the 2016 referendum or judicial elections in 2016.

The citizens reported as disqualified, who claim their right to vote, will be able to do so from 16 to 22 March, and present their restoration applications and complaints to the offices of the Civic Registration Service in each department and abroad in the consulates or embassies.

It also can be requested using the email address reclamos2020@oep.org.bo.

Despite the current situation of the Andean nation due to Covid-19, Romero announced the next elections will remain on schedule on May 3rd.