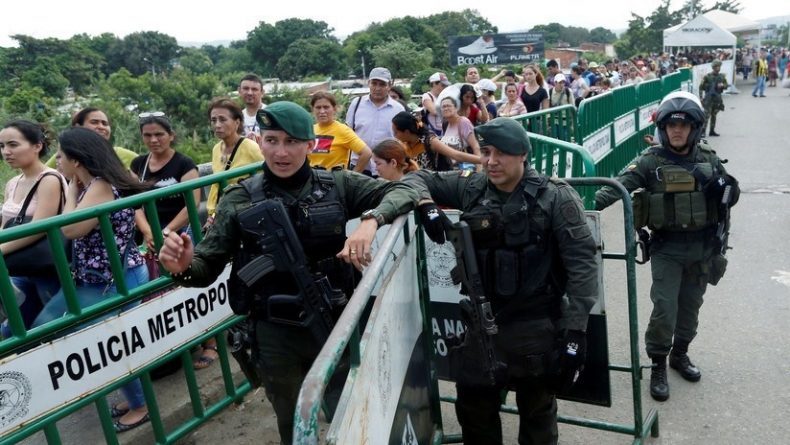 For the most part, the flow of pedestrians from the Simón Bolívar international bridge – the main border access – goes to the Colombian city of Cúcuta.

As of this Saturday, the border bridges between the state of Táchira (Venezuela) and the Colombian department of Norte de Santander were reopened as ordered by Venezuelan President Nicolás Maduro on Friday, according to information obtained by the EFE agency .

From the first hours of this day the Venezuelan authorities have given the green light to the circulation of thousands of people. For the most part, the flow of pedestrians from the Simón Bolívar international bridge – the main border access – goes to the Colombian city of Cúcuta.

In his statements yesterday, Maduro said that the decision is made in “full exercise of sovereignty” of Venezuela and stressed that his country is a “people of peace”, which firmly defends its “independence and self-determination.”

Last February, the president ordered the closure of the border crossing due to “the serious and illegal threats” of the Government of Colombia and the US, against “peace and sovereignty of Venezuela.”

The conflict arose on February 23 after the opposition deputy Juan Guaidó tried to forcefully enter, from Colombia, a lot of alleged “humanitarian aid” from the US, in an act that the Venezuelan government described as ” show ” to justify a foreign intervention.

Days earlier, Maduro ordered the closure of his country’s border with Brazil, following statements by his Brazilian counterpart, Jair Bolsonaro, who said that forces from that country would bring “humanitarian aid” to Venezuelans. Also, the vice president of Venezuela, Delcy Rodríguez, announced the suspension of commercial flights and maritime routes with the islands of Aruba, Curaçao and Bonaire.

On May 10, the vice president of the Economic Area, Tareck El Aissami, reported the reopening of the borders with Brazil and Aruba and agreed to “convert that border into a zone of peace .”