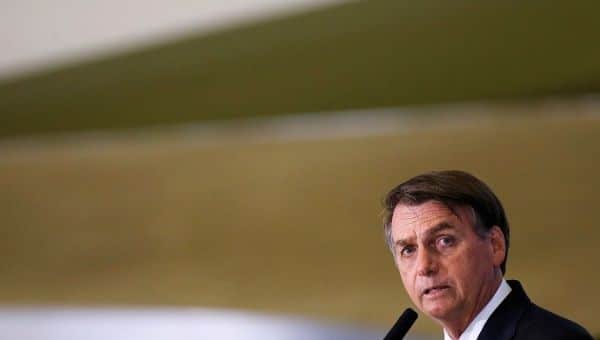 The Spanish police arrested the military officer as he was traveling in a reserve plane that was accompanying President Bolsonaro to Japan.

Spanish security forces arrested a member of President Jair Bolsonaro’s military entourage at the Sevilla airport for possession of 39 kilos of cocaine in his suitcase.

The 39-year-old air force Sergeant was traveling on an official plane that was making a reconnaissance trip before the Brazilian president was due to board another plane to attend the G20 summit in Japan on Wednesday. Once the incident in Seville was made public, Bolsonaro altered his travel plans.

“Brazil’s president changed Tuesday night the route of his trip to Tokyo… After taking off in Brasilia, Bolsonaro had to stop in Seville; however, late in the evening, his agenda showed Lisbon as the fight plan’s new scale. The president’s press office did not explain the reason for the change,” El Pais, a Spanish newspaper, reported.

Through his Twitter account, Bolsonaro also defended the Brazilian army’s “ethics and morality” and said that “if the military officer’s participation in this crime is proven, he will be tried and condemned.”

Bolsonaro’s statement contrasts with some facts because it is not the first time that Brazilian air force members have taken advantage of their status to traffic drugs.

“In April, the Brazilian Military Superior Court ordered the expulsion of a lieutenant colonel for being involved in trafficking 33 kilos of cocaine,” El Pais recalled and added that the official was convicted for integrating a “cocaine trafficking international specialized network” which used military aircraft.

Bolsonaro and his government received a massive backlash as Brazilians took to social media to reject such actions by members of the right-wing government referring to the scandal as “cocaine affair” the news of which surfaced just a few hours after the country’s Supreme Court rejected two habeas corpus requests for the freedom of former President Luiz Inacio Lula da Silva, while delaying the ruling on one until August.

“Justice Minister Sergio Moro or President Bolsonaro must explain how a member of the military was trafficking drugs in a presidential reserve plane. And as a public servant, Moro has an obligation to provide the details of his agenda in the U.S.,” said Jean Wyllys, the former socialist senator and gay-rights activist who was forced to leave Brazil after death threats he received from far-right paramilitary groups.

“Brazil has become a country so sui generis that while its justice minister was talking about the fight against drugs at the DEA, the presidential plane was trafficking cocaine in Spain,” said Maufalavigna, a Brazilian man from Sao Paulo.

“While Lula remains as a prisoner of justice without any evidence against him, 39 kilos of cocaine travel in a soldier’s bag inside a Bolsonaro plane,” La Nave Comunica commented.​​​​​