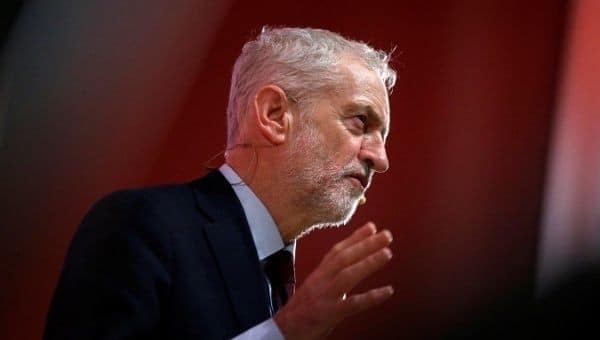 The British Parliament between Dec. 10 and Dec. 12 was host to dramatic scenes, not normally seen during the half-empty procedural debates that take most of its time.

Jeers and laughs were plentiful, one Labour MP even picked up the parliamentary ‘mace’ (a royal staff), the most disrespectful act one can commit in Parliament, under archaic feudal laws, the House of Commons is not allowed to sit until the Mace is in its place.

First, Theresa May had finally put together a Brexit deal that the EU was happy to accept. Despite most opposing it for different reasons, May was determined to push this through. It’s the only deal on the table she argued, she sent ministers as late as the morning of December 10th to defend it and to confirm a parliamentary vote on it would indeed take place. They were left humiliated when Theresa May dramatically announced at midday that there would be no vote after all. Her whips had informed her of a defeat of over 100 votes.

Following that, the European Reform Group or ERG, who represent the pro-Brexit faction within the conservatives, triggered an internal no-confidence motion against May. She won the vote, though the rebellion was far larger than anticipated. Most expected 60-80 of her MPs to come against her, on the day 117 did, leaving her in weaker position despite her triumphalism after the results. When Margaret Thatcher was toppled as prime minister she scored more votes than May has.

Amidst the confusing back and forth, can Brexit still bring down the Conservative government? Can Jeremy Corbyn, the most left-wing political leader in Britain’s history, take power in the coming weeks or months? These are the possible paths to power:

In theory, this should be the most straightforward route to either early elections or a minority Labour government. Corbyn has already ‘tabled’ this motion, ready to be formally proposed at the ‘appropriate time’. Under Britain’s ‘Fixed Term Parliament Act’, the only way for early elections to be convened is if there is a vote of no confidence, after which the government has 14 days to form a new administration. If they can’t manage it then elections can be called.

However, Corbyn isn’t formally proposing this right now. Even though the smaller opposition parties have called on him to do so. The reason is simple, he would probably lose the vote. The crisis of government is that pro-Brexit conservatives, and their unofficial coalition partners, the DUP are rebelling against May’s deal. They’re willing to vote with Labour against the deal, but they’re petrified of Corbyn coming to power. The Brexiteer tories see Corbyn as a dangerous socialist, the DUP (Northern Irish loyalists) see him as an IRA sympathizing republican.

If they think May can’t be easily replaced with one of their own, they would rally around her to stop Corbyn at all costs. Furthermore, they could easily argue that May can renegotiate Brexit, rendering a ‘no confidence’ vote pointless before she brings a new deal to parliament.

The most absurd example of how this would fail, is the Tory MP Anna Soubry, an arch Remainer, and harsh critic of Theresa May, calling on Labour to propose a confidence vote, then admitting she wouldn’t vote for it.  The Tories and the DUP have a small numerical majority in the commons, it would be impossible to win. Trade union leader Len McCluskey summed up the dilemma;

“In particular, Jeremy Corbyn should not be bounced [into a confidence motion] by those who have little or no interest in seeing Labour elected. They would be better placed using a censure motion and waiting for the right time to issue a vote of no confidence”

This is a far more realistic proposition, though may take till Jan. 21, the deadline May has to return to Parliament. Theresa May claims to have ‘listened’ and will now go to Europe and renegotiate her deal. This is, however, almost an impossibility, Labour would have a stronger argument after a second tory failure. The EU (and the Irish government) have said they will absolutely not renegotiate this deal, Donald Tusk EU Council President said yesterday “We will not renegotiate the deal, including the backstop, but we are ready to discuss how to facilitate UK ratification.”, this is not likely to appease Brexiteer concerns over the backstop in Ireland:

One has only to look at Greece to see how the EU is not concerned with democratic mandates or arguments. When SYRIZA put the EU’s austerity plan to a referendum, the voters rejected the deal, and SYRIZA hoped that this would strengthen their negotiating position but found the EU not at all prepared to budge, despite an overwhelming vote. EU commissioners are appointed, not elected, they have no reason to worry about accountability and mandates.

If Labour waits till after May’s ‘new’ deal, it will put the Brexiteers and the DUP in an awkward position. Do they back a deal they’ve risked so much to oppose? or do they take another gamble with fresh elections?  Labour has a better chance of forcing them into a corner and peeling them off when May returns to parliament with her new deal. Talks with the DUP have already taken place.

Even though May won her confidence vote within the party, the wider parliamentary arithmetic doesn’t change, unless she can radically change the deal, she still doesn’t have the numbers to push through her Brexit, neither wing of the Conservative party do.

Britain’s incredibly complicated formalities and procedures may be of interest to political science students and mainstream journalists. Though, in reality, sweeping a popular government to power, with a mandate and momentum for radical social change is not a question of parliamentary arithmetic, but rather a question of whether mass protests and social movements have the strength to exploit and overcome a crisis of the state and bourgeois politics.

The Labour Party today isn’t another European social democratic party. Corbyn and the members who elected him represent a radical insurgency against the whole neoliberal consensus of Britain’s parties since the end of the miner’s strike.

Radical projects only come to power with the mandate to re-found society when swept to that position by mobilization of social movements at a time of political and social crisis. It wasn’t a clever operation by the whips office that brought Hugo Chavez or Evo Morales to power, parliamentary intrigue didn’t defeat the 2002 coup in Venezuela.

Britain is not without social struggle or protest movements, but when Labour proposes a dismantling of an entire political-economic settlement, then that requires popular power in the street as well as in Parliament. The election of Evo Morales in Bolivia was only possible after the insurrection in El Alto expelled the presence of the state, and the roadblocks of workers and Indigenous protesters made the country ungovernable and pointed to how forces from below can organize society.

Such a movement doesn’t yet exist in Britain, but it can do. Across the channel, the popular ‘Yellow Vest’ protesters have been able to expel the police from Parisian landmarks in symbolic victories and exposed Macron’s inability to govern. When Labour can couple popular power in the streets, whilst outmaneuvering the government in Parliament, then Corbyn will have a mandate, and the possibility to break the neoliberal consensus.