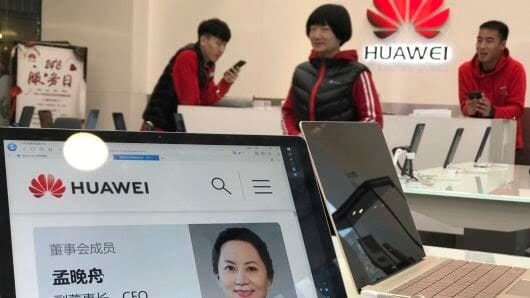 A Canadian judge granted bail to Huawei’s vice president, who was detained in Canada on direct order from the US Government on Tuesday.

Judge William Ehrcke, of the Supreme Court of Canada Province of British Columbia, has dictated that Meng Wanzhou, financial director of the Chinese technological giant Huawei, could be released on bail of 10 million Canadian dollars.

“The risk that she does not appear before the court (for an extradition hearing) can be reduced to an acceptable level, imposing the bail conditions proposed by her advisor,” the judge has indicated, later stipulating that the executive must go back to court on February 6.

The decision, however, was taken a few hours after Chinese officials arrested Michael Kovrig, a former Canadian diplomat currently working in China for the International Crisis Group, think tank (ICG).

The release of Meng is conditioned to turn in her two passports, reside in one of her two residences in the city of Vancouver, wear an ankle guard and be watched all day. In addition, she will not be able to leave her home between 11 pm and 6 am.

Meng, who is also the daughter of the company’s founder, was arrested on December 1, at the Vancouver airport in Canada, and faces the extradition to the USA under the accusation of having violated the sanctions imposed by Washington on Iran.

As a result of this measure, China convened the US and Canada ambassadors in Beijing (the Chinese capital), threatening to impose severe countermeasures unless Meng is released immediately.

The arrest of the Huawei executive takes place while Washington and Beijing are waging a tariff war, which could escalate, despite the truce recently agreed between US President Donald Trump and his Chinese counterpart, Xi Jinping, on the sidelines of the recent summit. of the G20 in Argentina.